For over a year, Mike has had a dream: to fly over the Grand Canyon in a helicopter. “I really didn’t know whether I could, whether that was feasible or not,” he told Team Gleason. “You know, I was determined to do everything possible to get there, but my muscle control in my legs is so limited.”  Mike was diagnosed with ALS in 2019. His determination led him to the Team Gleason Adventure Program, where he and his wife Melanie started planning a trip to the Grand Canyon. Accompanied by their daughter Emily and her husband, Eric, Mike and Mel boarded a flight to Arizona.

Waiting for them at the airport when they landed was Brian Mazoyer of Permobil, who helped Mike get situated into a chair exactly like his new one at home. Ashley Davis, Executive Director of The Permobil Foundation, coordinated with Permobil and Team Gleason to create a near-exact replica of his current power wheelchair and have it waiting for Mike the second they stepped off the plane. “The Permobil Foundation saved us a whole day that we could now spend on traveling instead of working on the logistics of getting a wheelchair,” Mel stated.

The family spent the next few days exploring the Southwest, including Red Rock State Park in Sedona and Valley of the Gods in Southern Utah. Despite their wheelchair van almost getting stuck in the middle of the desert, the family made the most of the road trip, trekking across difficult hiking trails with the aid of Mike’s power wheelchair and even befriending wild dogs on the Navajo Reservation.

Then came time for the moment Mike had been anticipating: the helicopter ride. Mike admitted that getting into the helicopter was a challenge, but he also made note of the strength of his wife, daughter, and son-in-law, which gave him the motivation to keep going. After waiting over a year to get to this moment, Mike said his family, plus a little help from his seat elevator, led him to achieve his dream of boarding the helicopter. “The seat elevator that Team Gleason assisted in providing actually helped in that I was able to lift up to the first step of the helicopter,” he stated. 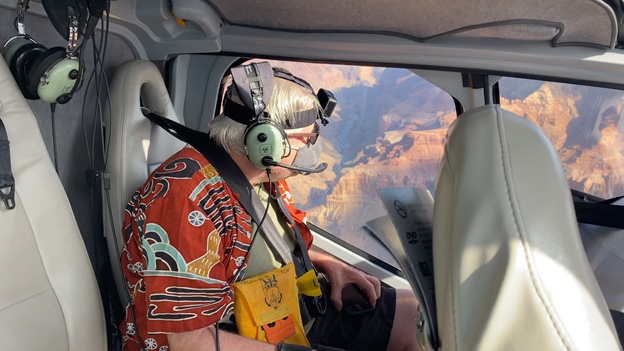 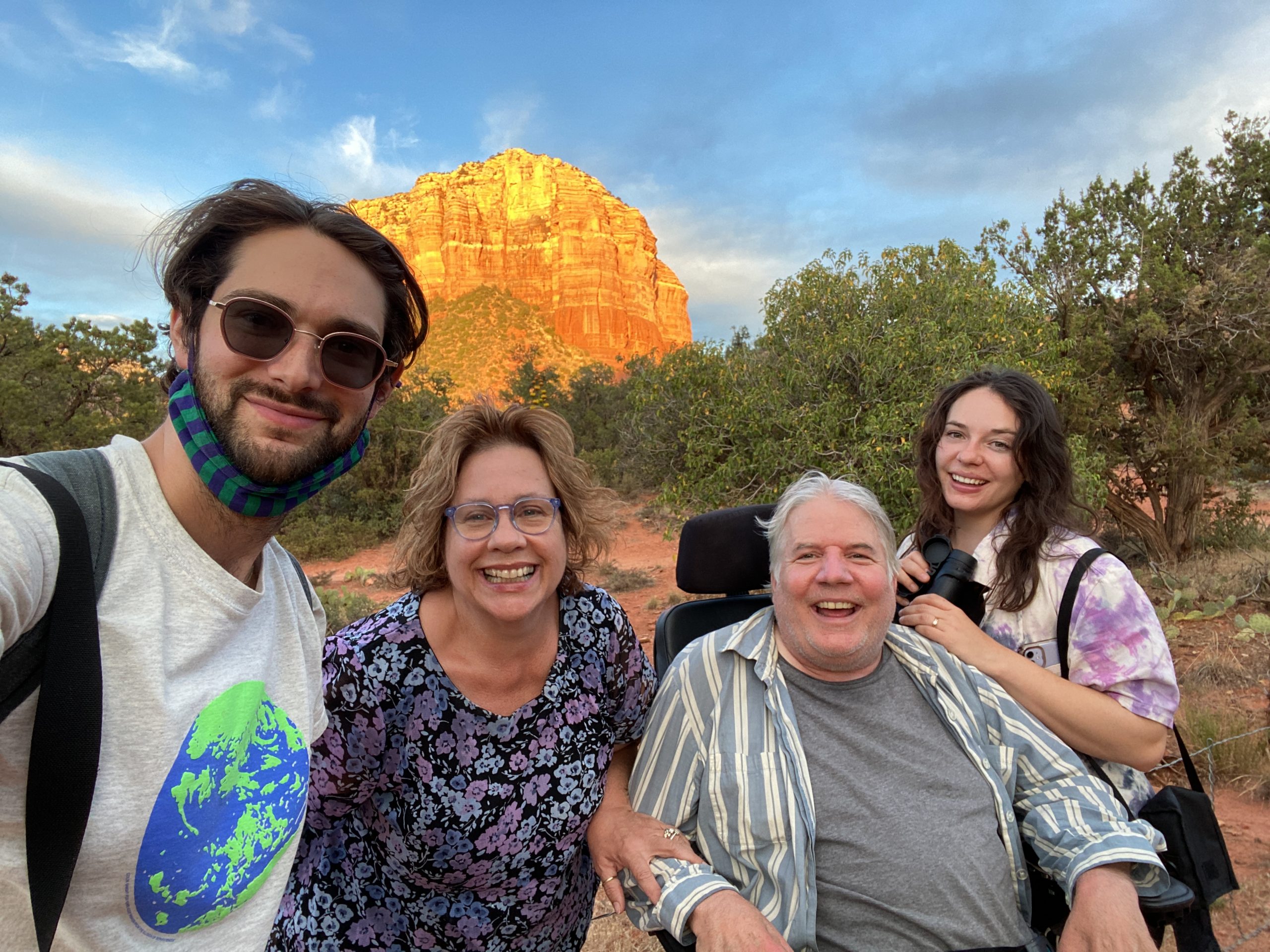 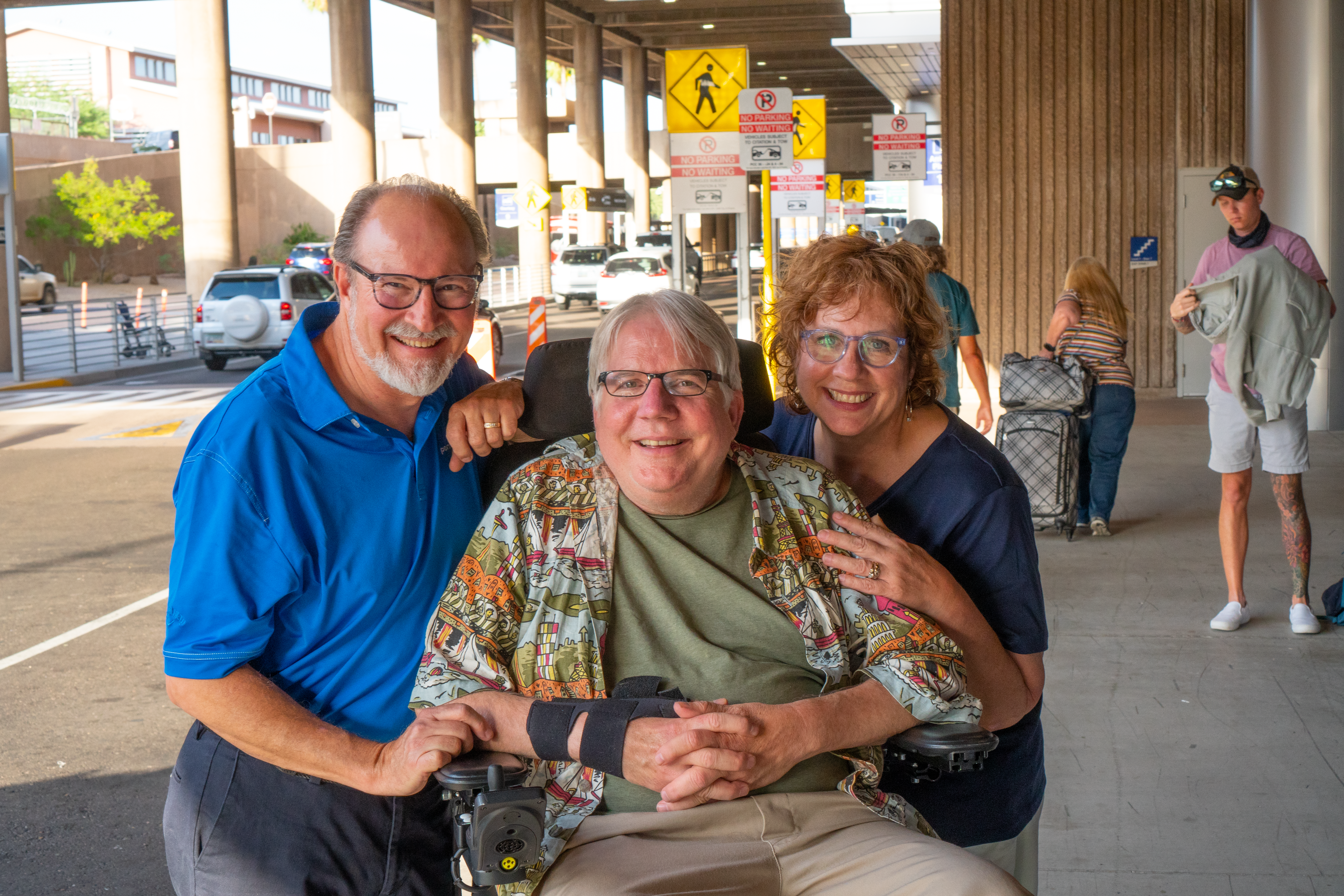 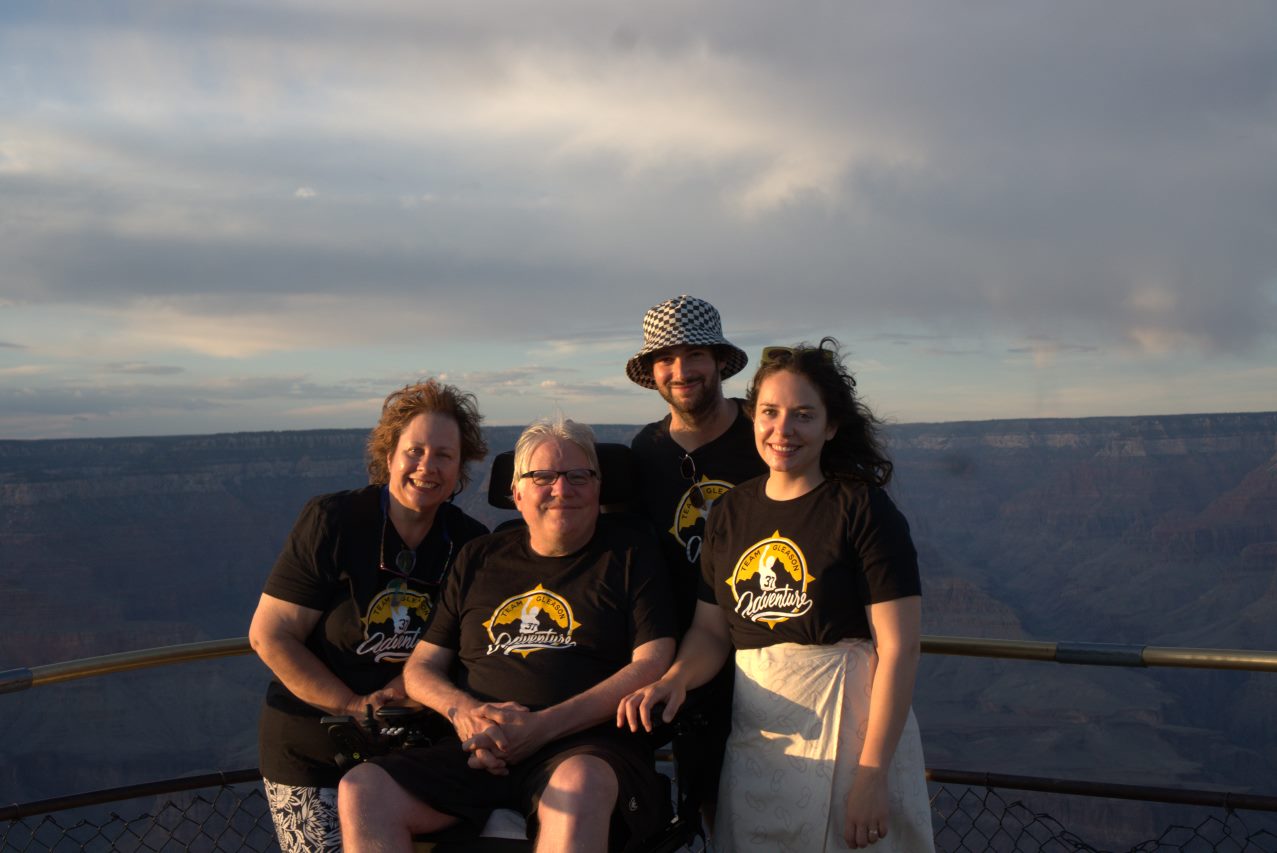 Another highlight of the trip was watching the sunset over the Grand Canyon. “It was the most touching sunset in my life. It was just beautiful and quiet and peaceful and serene,” said Mike. “I found it very life-affirming and to be able to share that with Mel and our daughter and son in law.”

Melanie agreed, stating, “there was one point when Mike’s back was to me as I was watching. I could see him in profile with the sunset and next to him were Emily and Derek hugging, and I started to cry tears of joy because we had finally done it. We had gotten Mike there and he had gotten his dream. And then, as I started to cry, this man struck up a conversation with me and I explained what Team Gleason had done for us. I think it changed our lives, and it helps to know that it left our daughter and her husband with memories that they’ll cherish. They’re young. They’ll have these memories the rest of their lives, and I will have the memory, and Mike will have the memory that he was able to achieve his dream. That was paramount,” she says. “That was the most important thing to me, that he continues to live a vibrant life, and without the Team Gleason Foundation, he couldn’t.”

“It really was a dream come true,” said Melanie. “To see him realize that dream was very emotional and rewarding. It was such a wonderful gift.”

Team Gleason would like to extend a special thank you to The Permobil Foundation, Permobil, and Michelle Marx for their assistance on this Adventure. 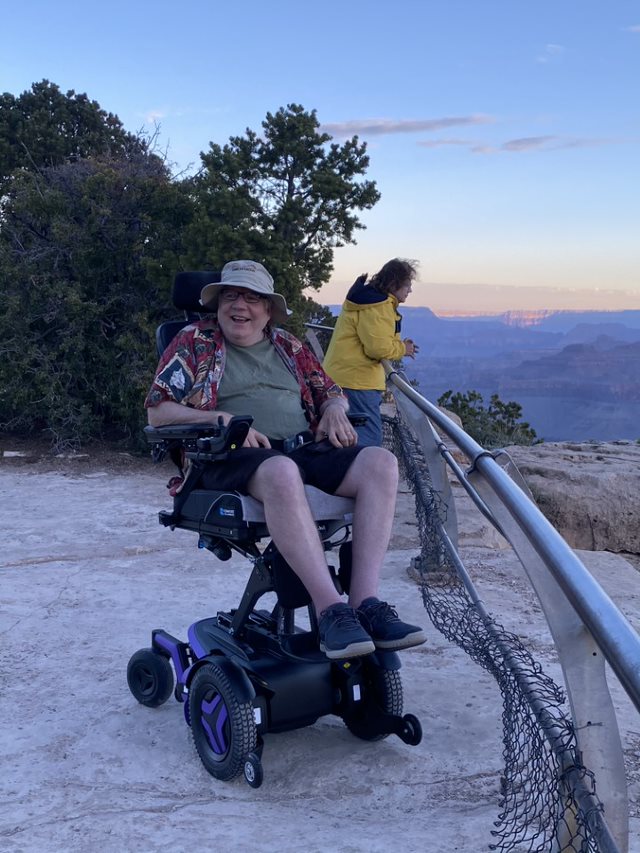 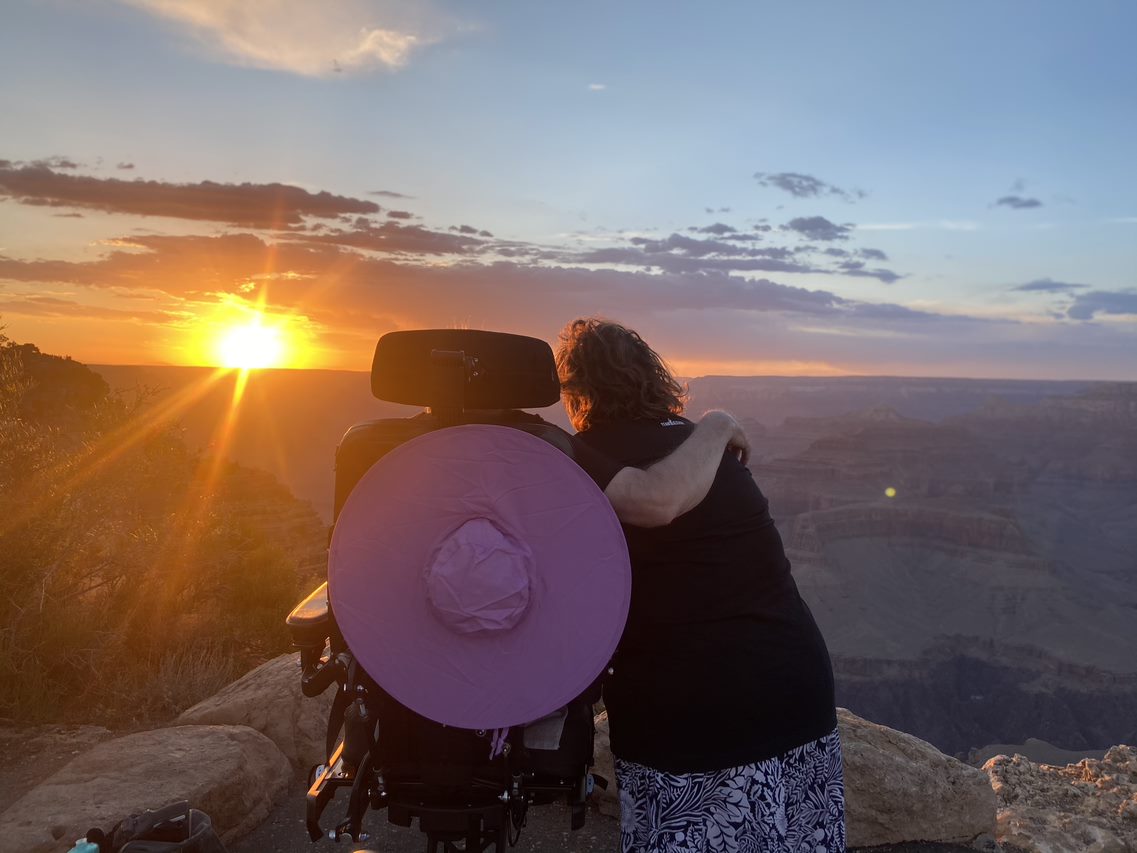