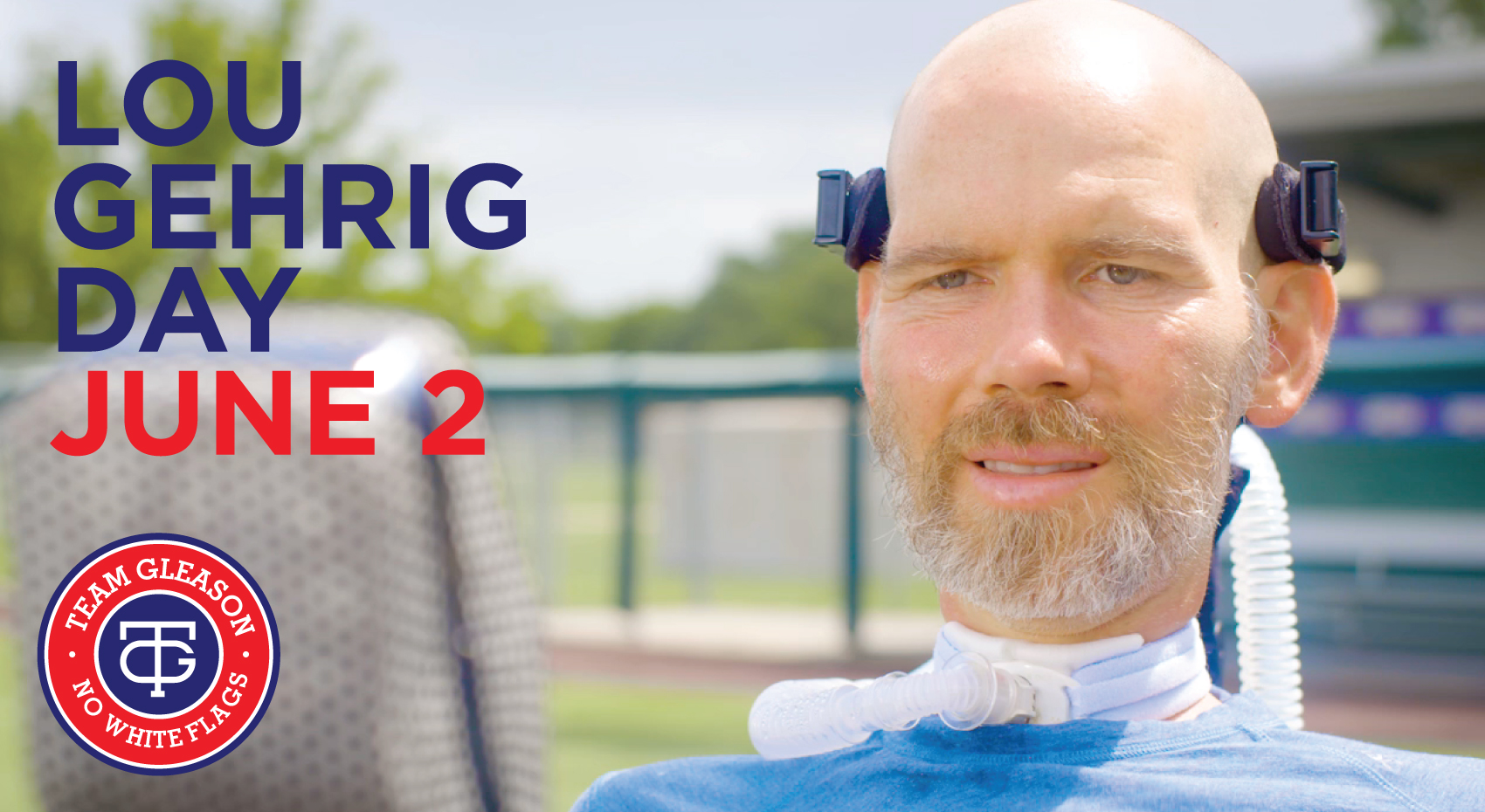 Team Gleason is proud to be observing the second annual Lou Gehrig Day today, Thursday, June 2nd! June 2nd was chosen by Major League Baseball as the official date for Lou Gehrig Day, as it marks the day in 1925 when Gehrig took over as the Yankees’ regular first baseman and began his record-breaking streak of 2,130 consecutive games.

In 1939, Lou Gehrig stood in front of 62,000 Yankees fans and delivered one of the most poignant speeches in the history of sports. Over 400,000 people in the US have died from ALS since Lou Gehrig made his speech. ALS does not discriminate and can affect anyone at any time. Every 90 minutes, someone else is diagnosed and every 90 minutes we lose another far too early to this disease.

Since Steve lost his ability to speak due to ALS in 2013, Team Gleason has been a leader in collaborating with companies like Google to find innovative solutions and create tools to help people living with ALS and other physical and speech disabilities.

This is the second year that Team Gleason has partnered with Google on Lou Gehrig Day. Steve will use just his eyes and the Android app, Look to Speak, to announce the beginning of the Chicago Cubs game at Wrigley Field tonight. Look to Speak was designed for and with people with speech conditions and motor impairments. With the app, people can just look left, right or up to quickly select what they want to say from a list of phrases.

Last year, Steve was able to recite Lou’s speech, with the help of Project Euphonia, a Google Research team focused on helping people with atypical speech to be better understood. Using previously recorded voice samples from Steve, Project Euphonia was able to create an authentic, personalized version of his voice via computer technology.

Join us on Lou Gehrig Day to spread awareness for ALS and raise funds to give others like Steve a voice.