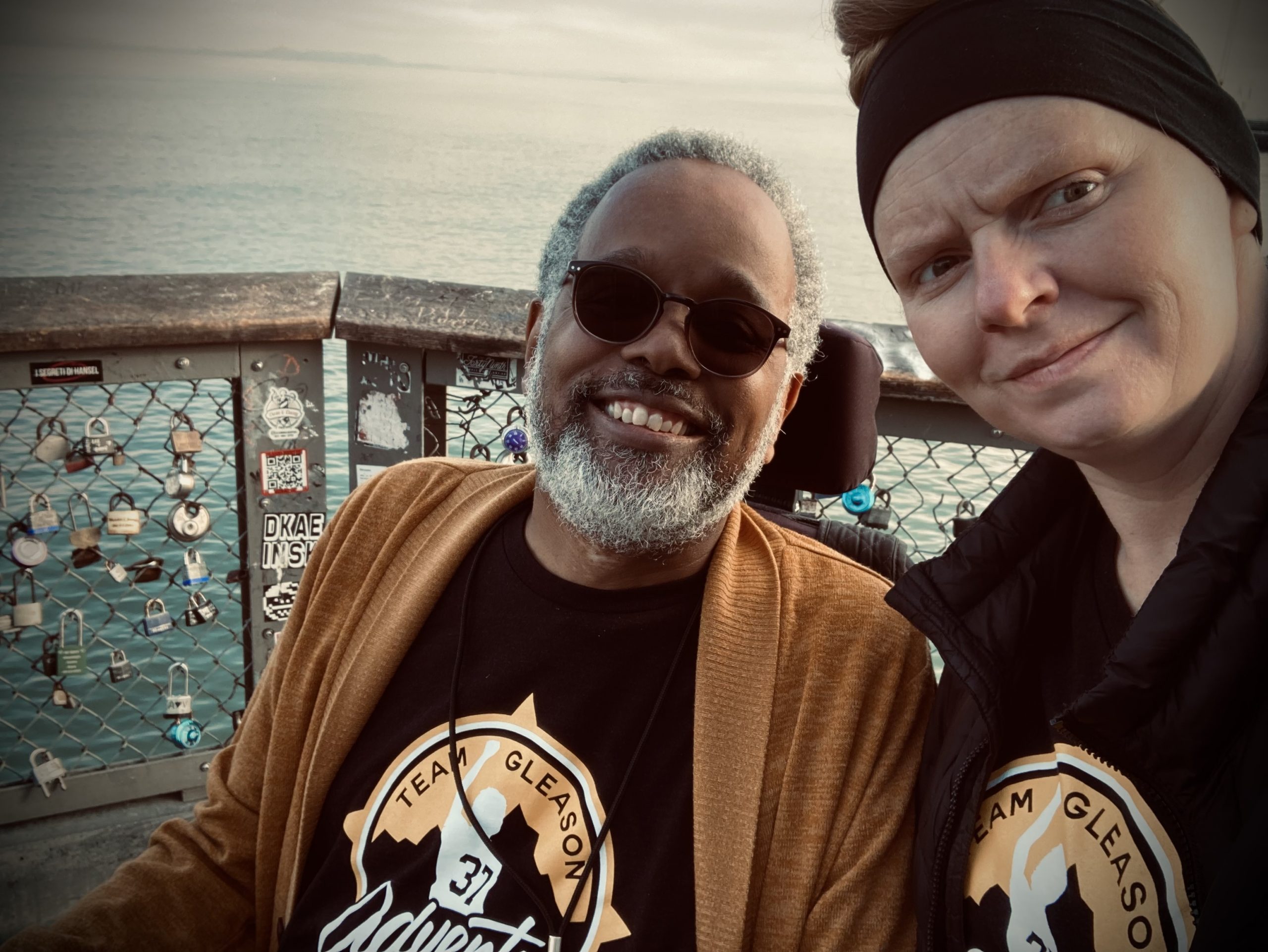 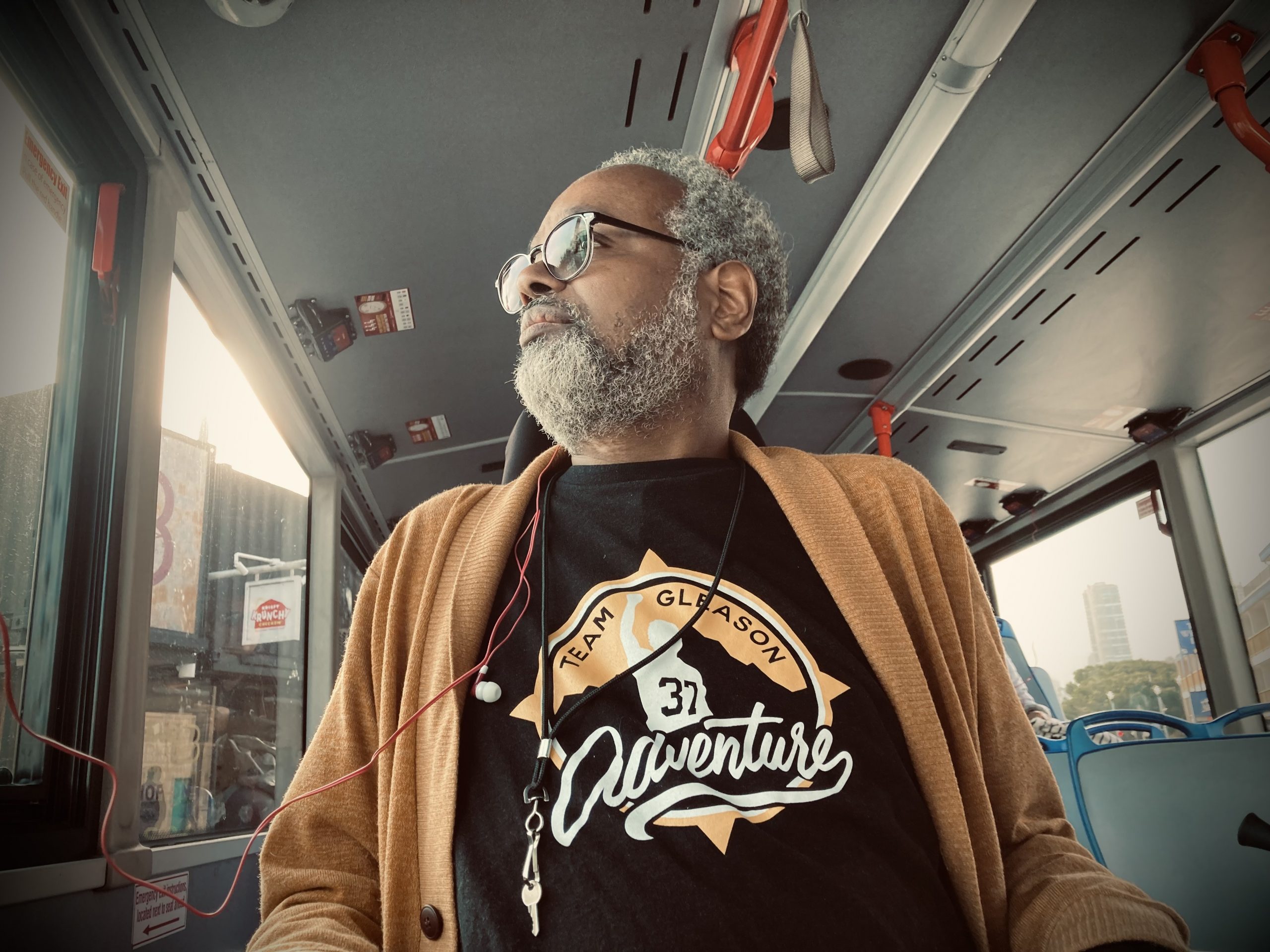 I was diagnosed with ALS in February of 2019.

After a month of feeling angry and then sad, I decided not to let my diagnosis stop me from completing my LIFE LIST.

Traveling on Amtrak across the country will now be checked off and we can’t thank Team Gleason enough for helping us to do that.

Our journey Begins in Chicago at the beautiful and historic Union Station. Enjoyed an amazing breakfast before boarding the train for San Francisco. All Aboard… We knew our ALS Adventure had begun. During our two days on the train we got to see the Great Plains, Rocky Mountains, and the open desert landscapes of Utah and Nevada. 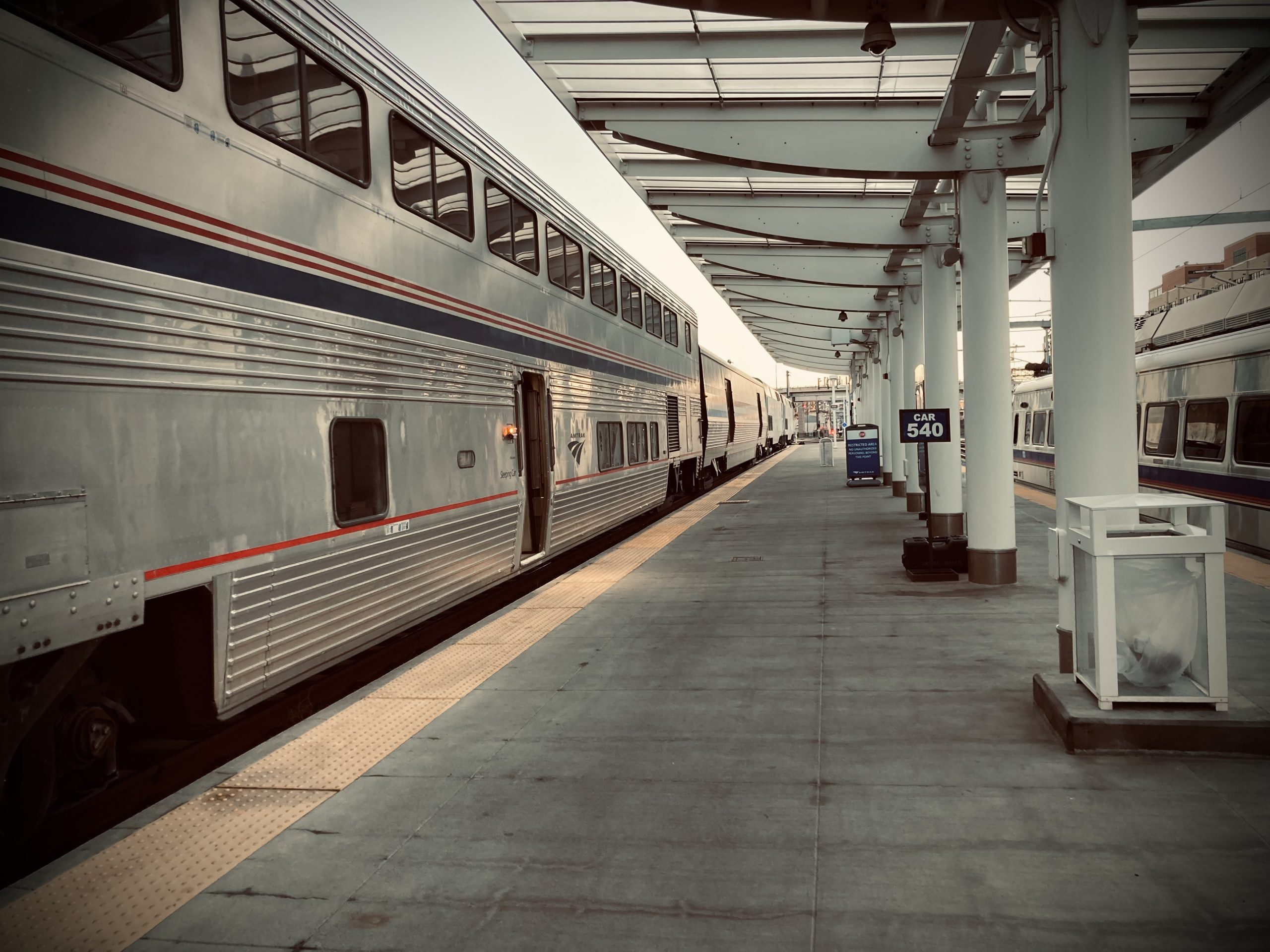 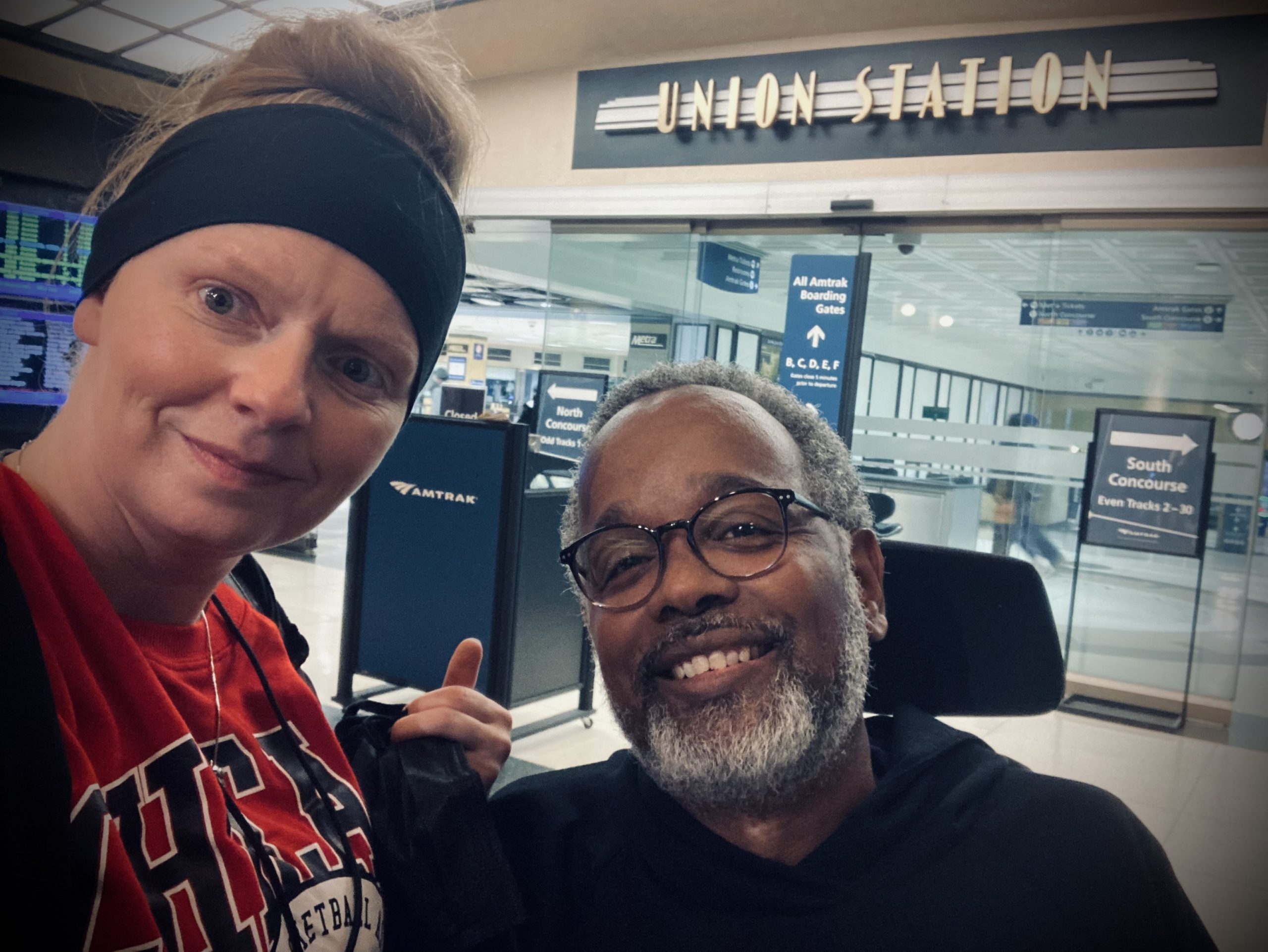 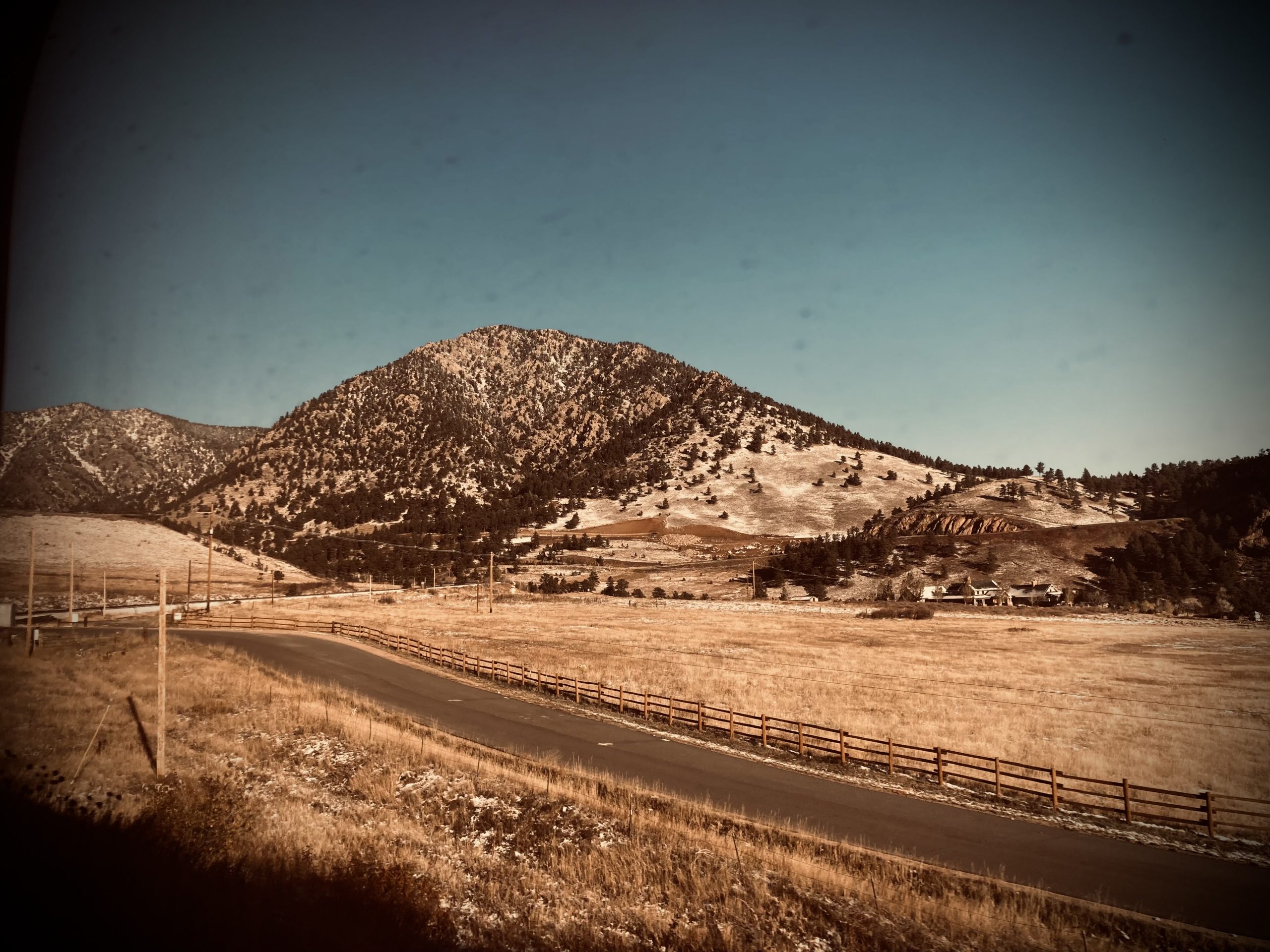 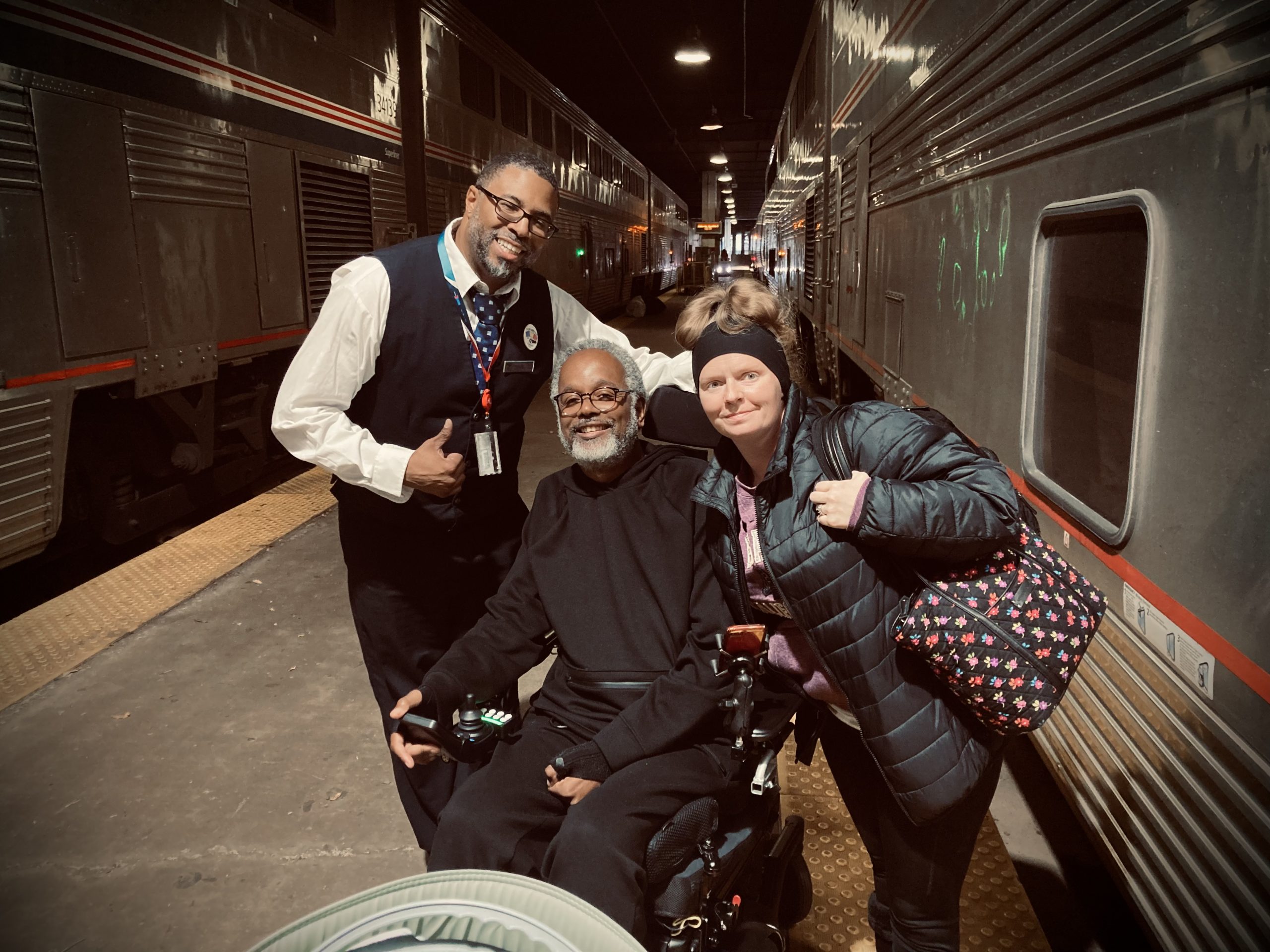 I’m compelled to share a bit of the train experience itself. Just want others with mobility issues to make an informed decision. Especially if traveling long distances and over 8 hours or so. The ADA cabin is quite small. It was recommended for me to stay seated in my power chair throughout. I wasn’t able to stretch my limbs for 48 hours, which is the duration of this particular trip.

The cabin is in the back, and unfortunately, it’s where the public restrooms are for that car as well. Not ideal being in that airspace. Once we got to the town 30 mins away from San Francisco, we transferred to a motor coach to reach downtown. Unfortunately, they have a designated drop off for all passengers and it was roughly an hour away from the hotel.

Day three we finally reach San Francisco to relax and reminisce about our scenic journey. Day four we took time to explore all San Francisco has to offer. With an included hop-on, hop-off pass, our guided tour was phenomenal.

Amy was just Picasso with her iPhone camera. The GoPro never worked but she pivoted and got some beautiful pictures. 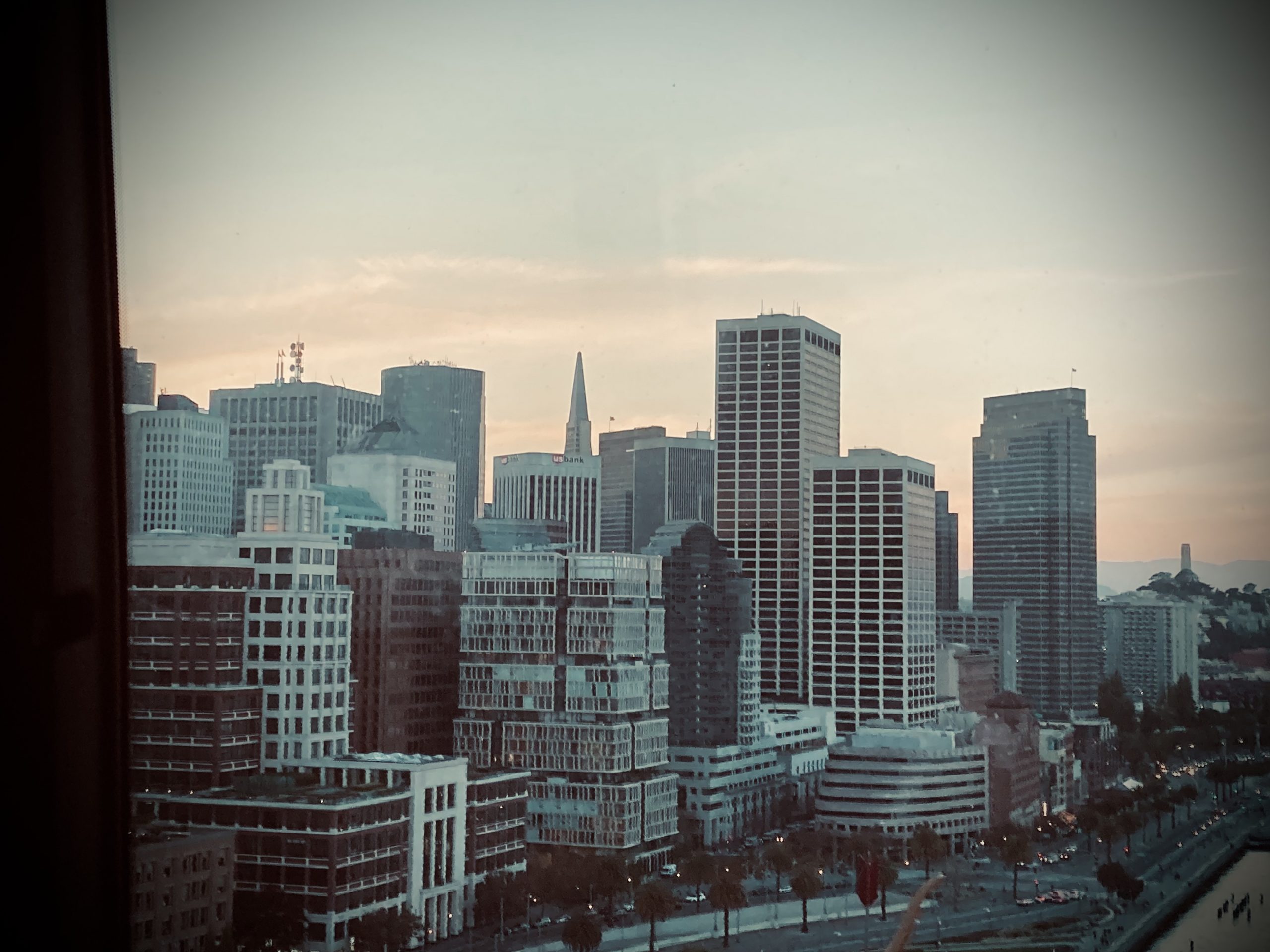 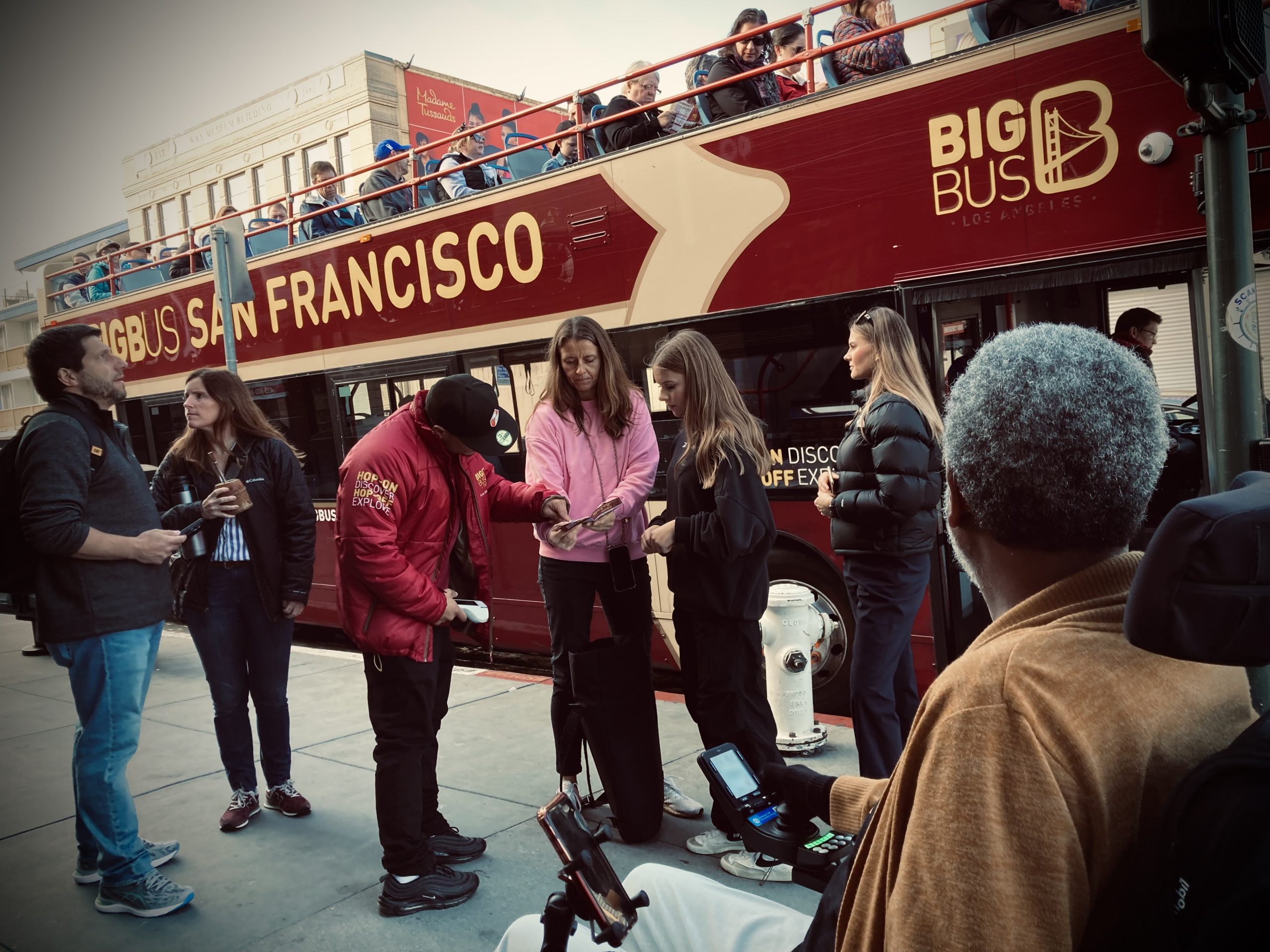 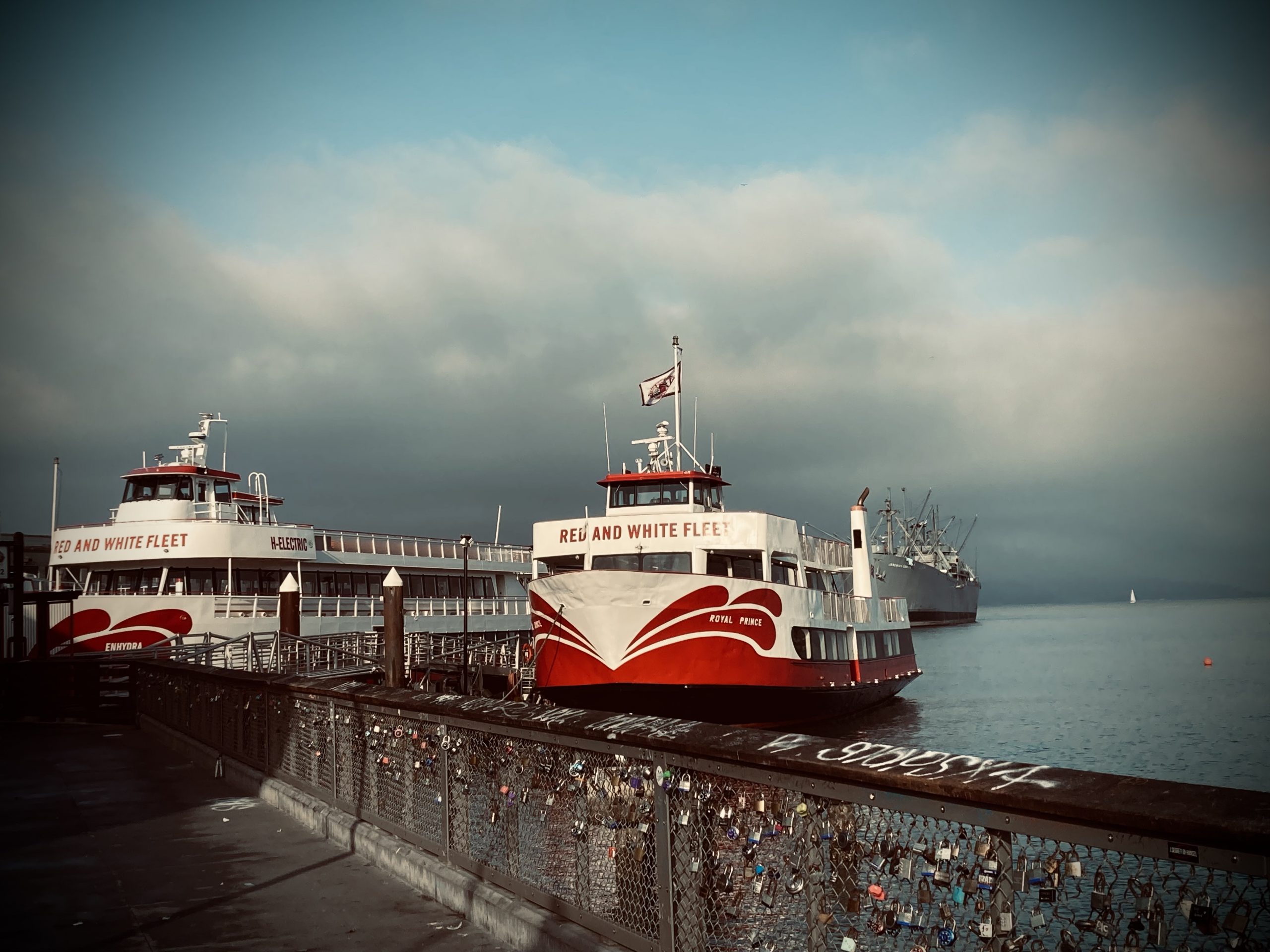 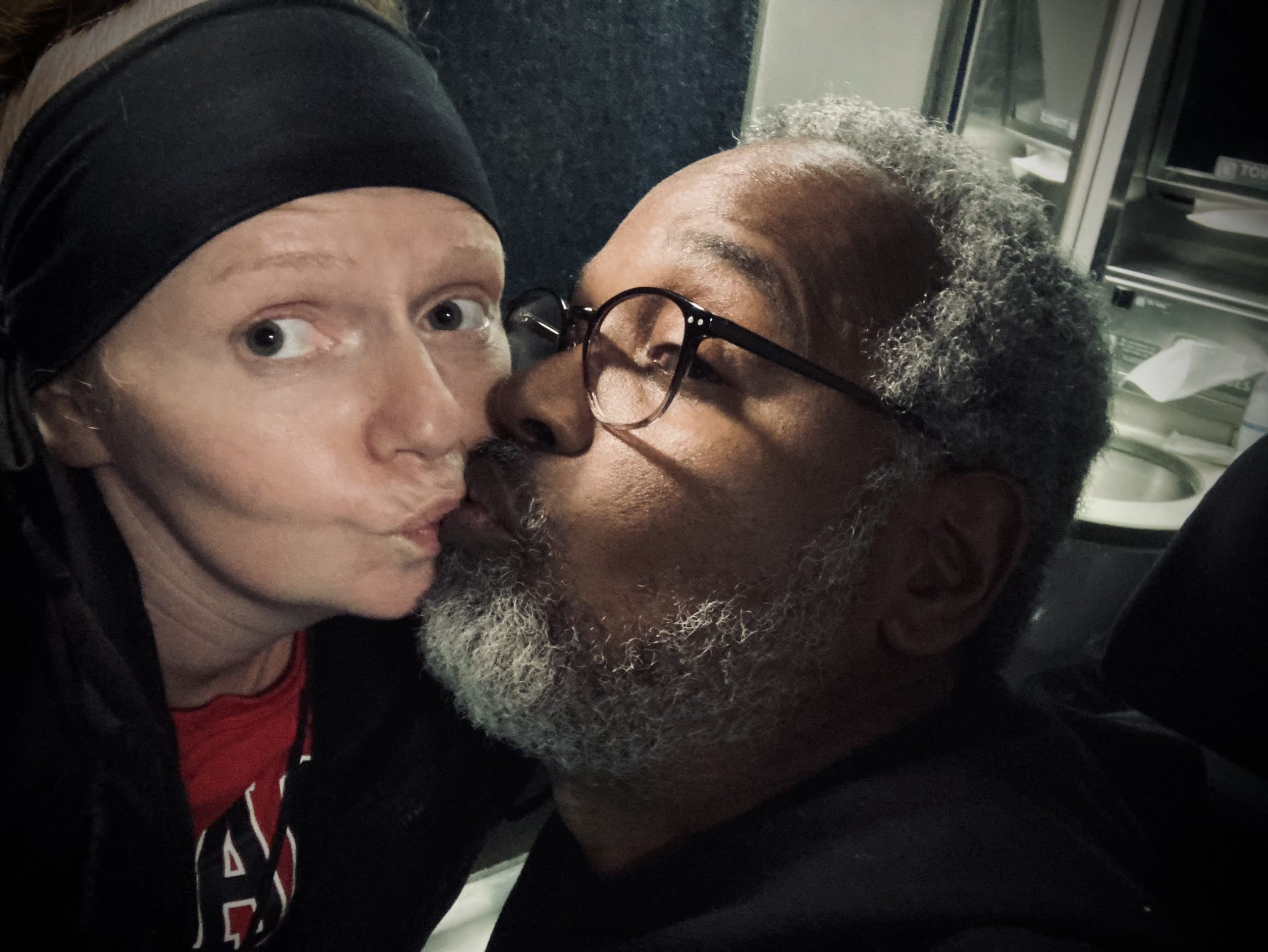 So much history. Some of the buildings predate the earthquake and subsequent fires of 1908. It was majestic seeing the sites. Fisherman’s Wharf and the various piers. The Golden Gate Park/Bridge, Alcatraz island, China Town, Union Square and Haight Ashbury. Stopped by the Jimi Hendrix red house.

Being a genre music connoisseur and vinyl collector, this makes my album purchases even more meaningful and worthwhile. “For a few years in the 1960s, Hendrix lived in the home at 1524 Haight Street, which is only a few doors down from the famous intersection that gave the neighborhood its name.” 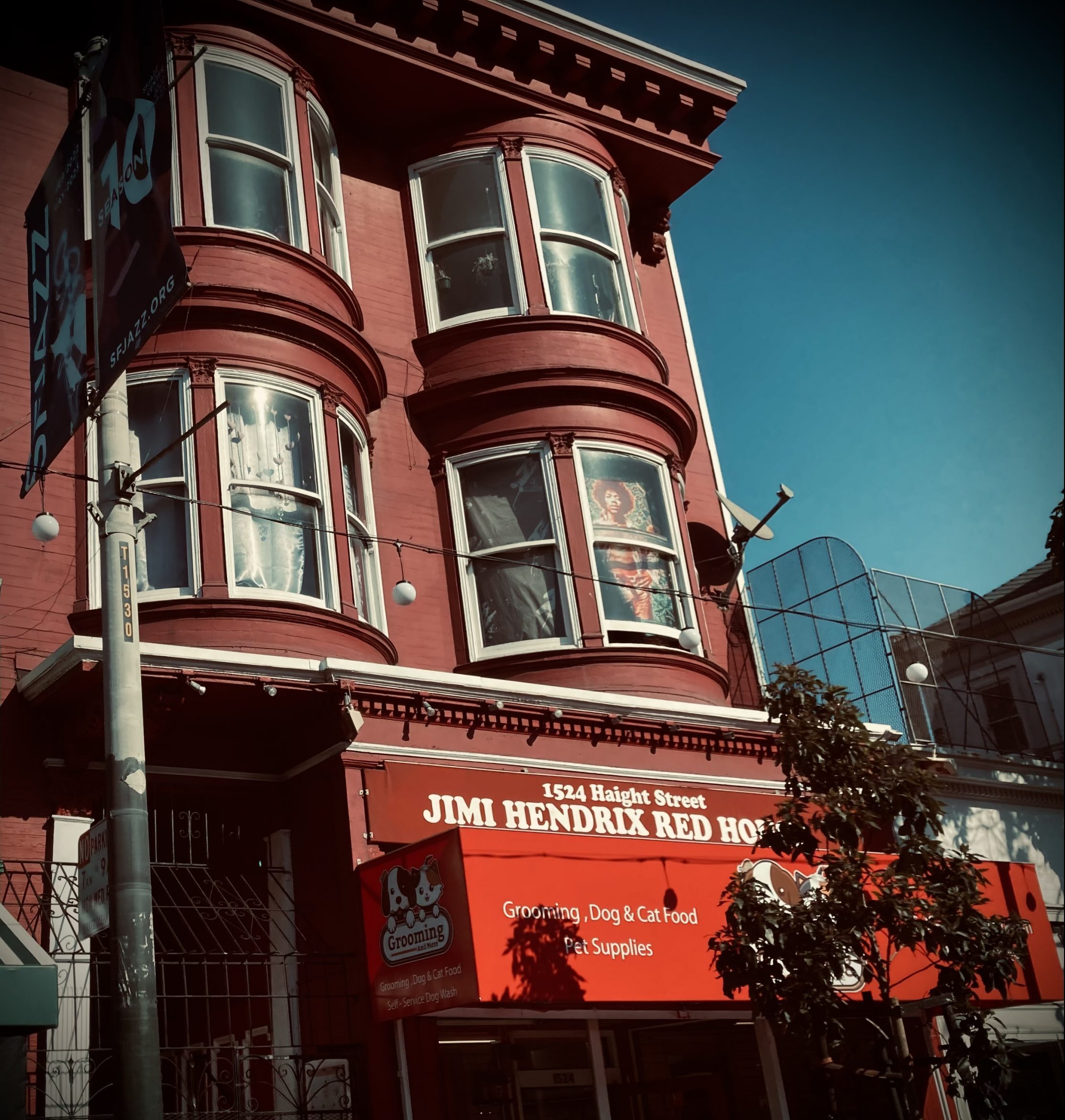 We had the best time on this adventure but all things come to an end. This is an example of living my life in the best way and being the designer of said life. I feel alive, curious and confident that I won’t worry about yesterday or tomorrow. Times are tough but this vacation allowed us to get away from the stresses of our day to day.

Thank you, Team Gleason, for helping me to enjoy the present and all the newly created moments.