“Dale, look what we did!” Joe Bernard turned to his good friend, Dale Clark, as they stood on stage, overlooking the Fin, Feather, Fur Food Festival. The crowd of over 1,500 gathered in Lafayette, Louisiana at the first annual F5 Festival benefitting Team Gleason.

The F5 cooking competition, held on April 28th, had over 43 teams competing in four categories: Fin, Feather, Fur, and Desserts. Judged by chefs from surrounding local restaurants, all teams competed for two categories: Best in Showmanship and People’s Choice. A winner was chosen by the judges for best dish for each category, and one overall winner was awarded by the crowd, who voted as they sampled each dish.

The large crowds at the first annual F5 can be contributed in part to the close knit community who spearheaded the festival.

Joe Bernard, a sales representative in the oil field, tells us the F5 Festival is being held in honor of his good friend, Dale Clark, who is an engineer. Joe and Dale are colleagues from the oilfield, now turned great friends. Each Friday, the two would meet for breakfast, hosted in Dale’s ‘man cave’, alongside a handful of additional friends from the oil field.

Dale, a Lafayette native, was diagnosed with Amyotrophic Lateral Sclerosis (ALS) in October of 2020 after battling a constant hoarse throat and losing strength in his arms. After a visit to Houston Methodist, a doctor confirmed the ALS diagnosis. At one of their weekly breakfast meetings, Joe turned to Dale and said “I wish we could do something for you.” Dale already knew what he wanted. “How about an F5 Festival?” Joe replied “Let me think about it,” and less than a second later, “yes.” 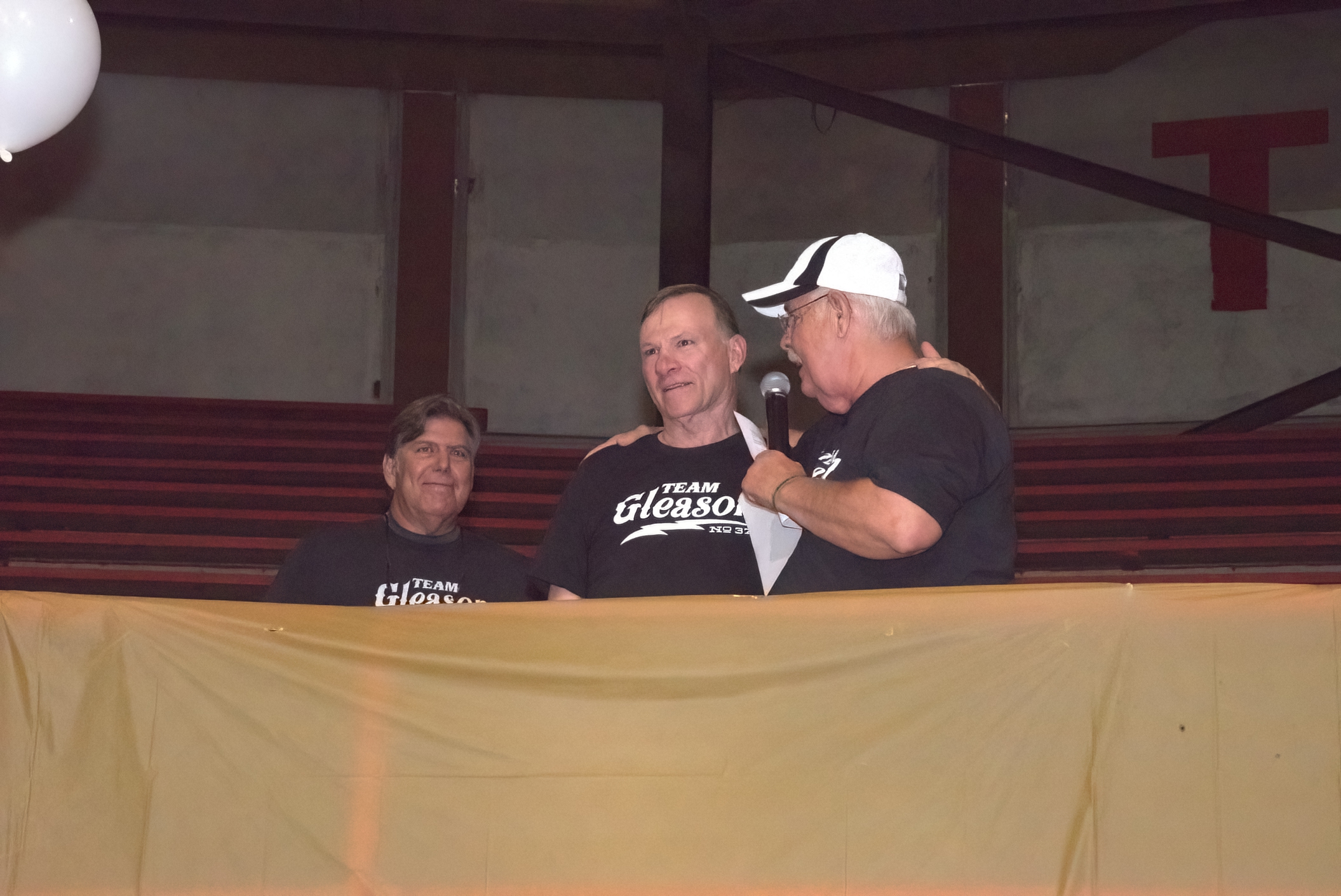 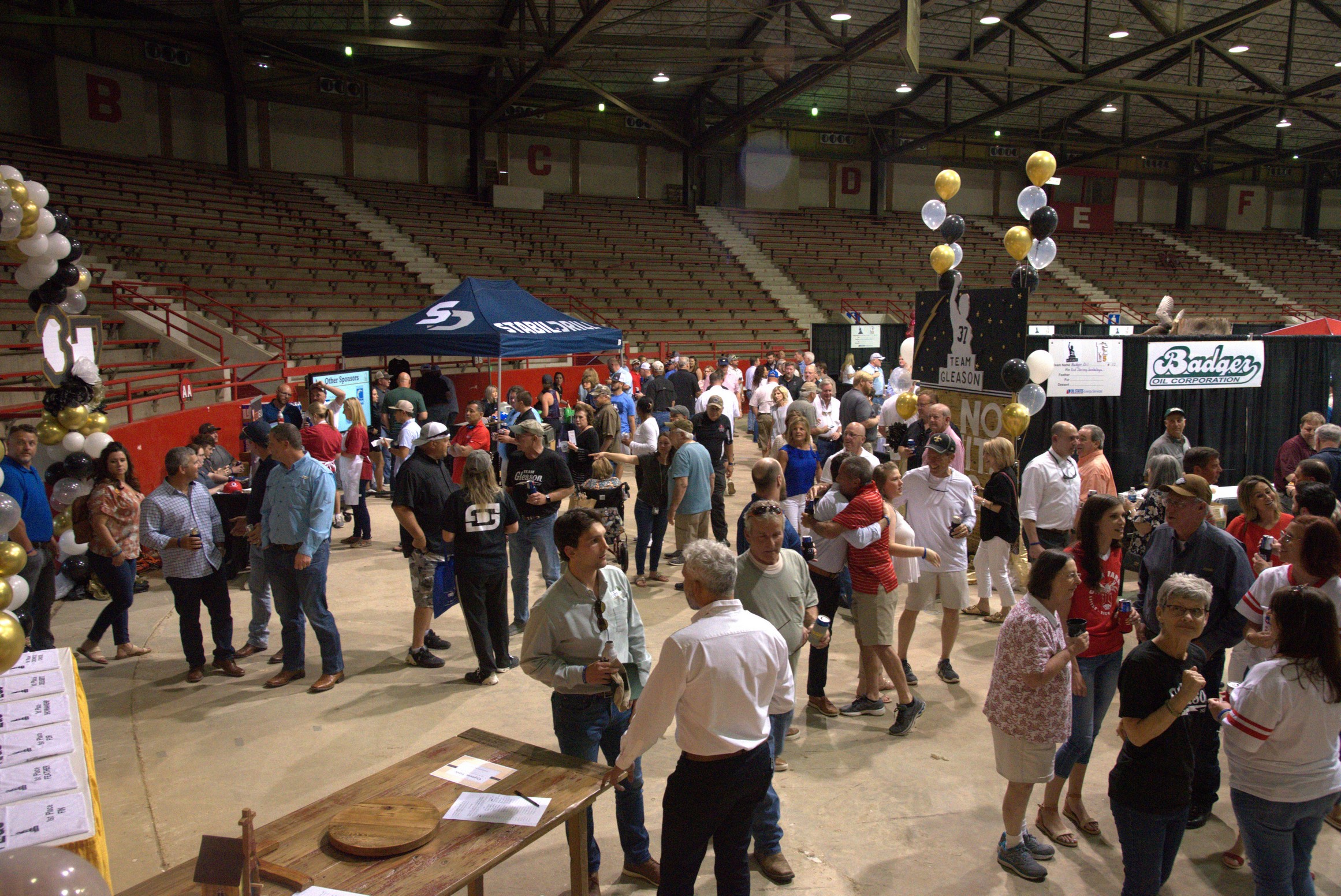 Joe and Dale brought in Sharon Moore, a Tech Sales Analyst, to help them pull off the festival. “I can’t do anything without Sharon,” said Joe. “She makes these perfect spreadsheets full of data, and if you ask her a question about something, she’ll give you a look and tell you to read the spreadsheet! The answer is always there.”

Another aspect of pulling off this event was learning more about ALS. “We learned all about the different parts of ALS, including the medical side, the insurance side, and even about the many organizations supporting this disease,” said Joe. That’s where the F5 team first learned about Team Gleason. “I learned about Steve Gleason as I was researching online, and I came across the Team Gleason website.” Dale believes in finding a cure for ALS, but he admired how Team Gleason helps those living with ALS live in the moment. “From there, I knew this was the organization I wanted the F5 Festival to work with.” 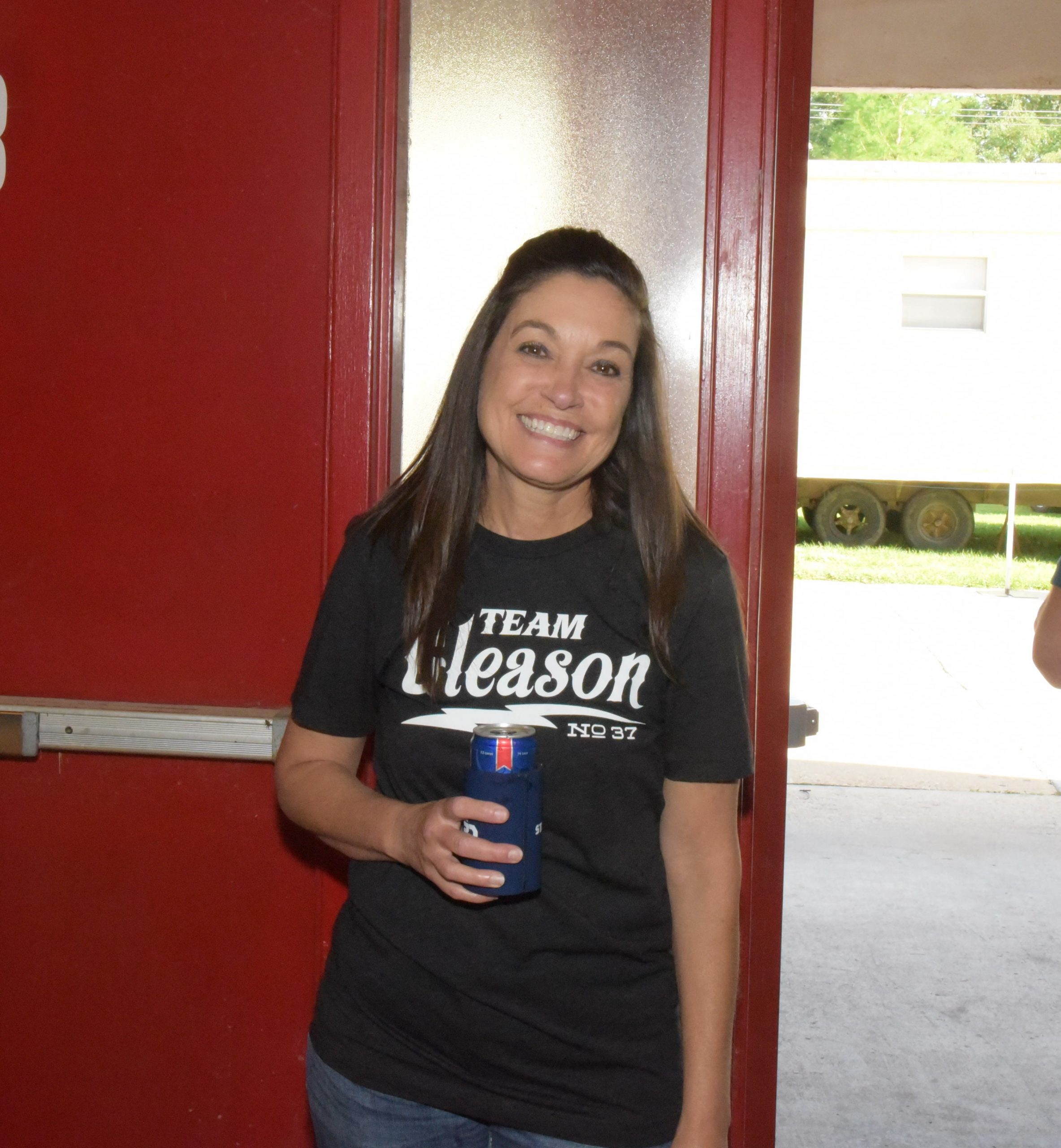 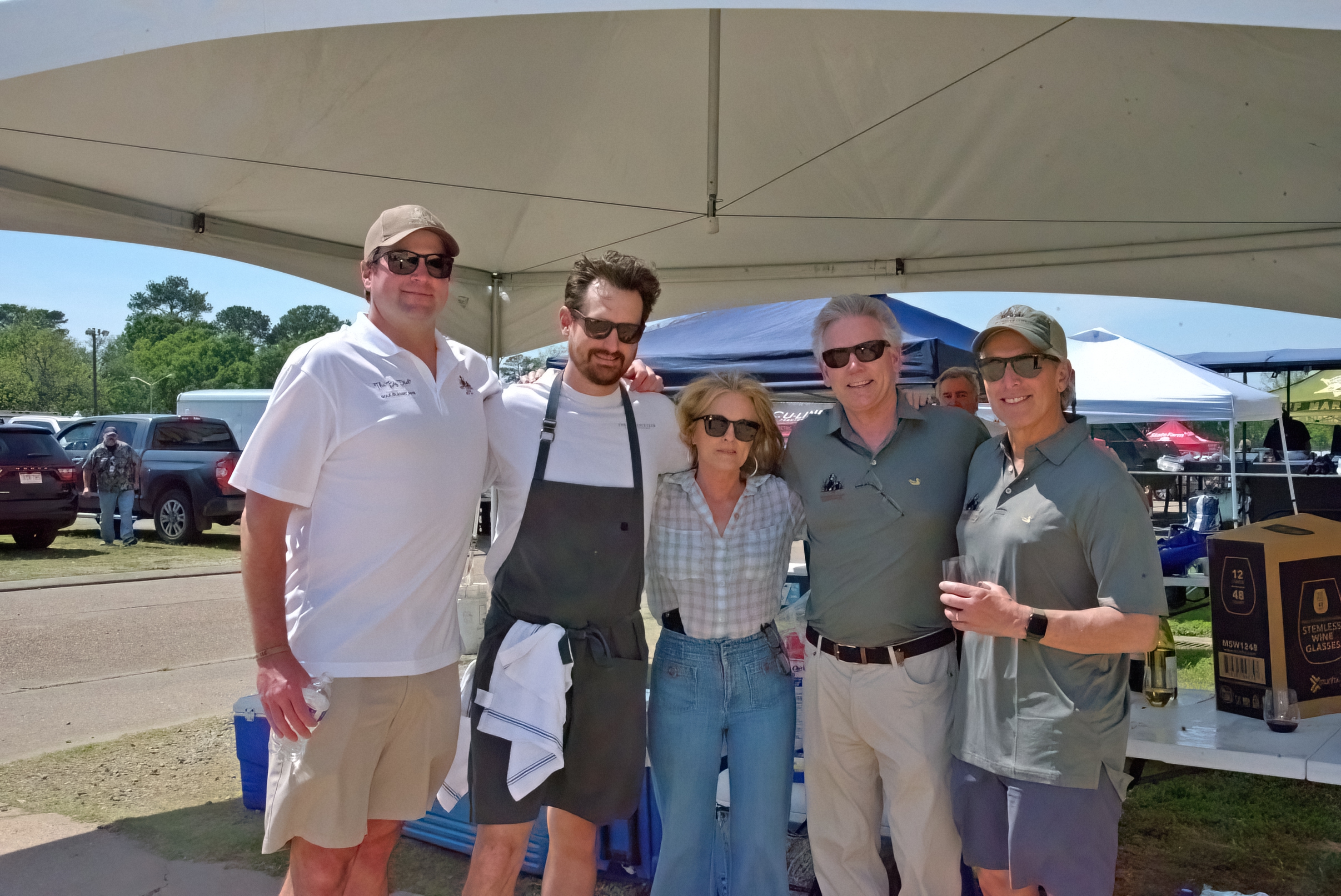 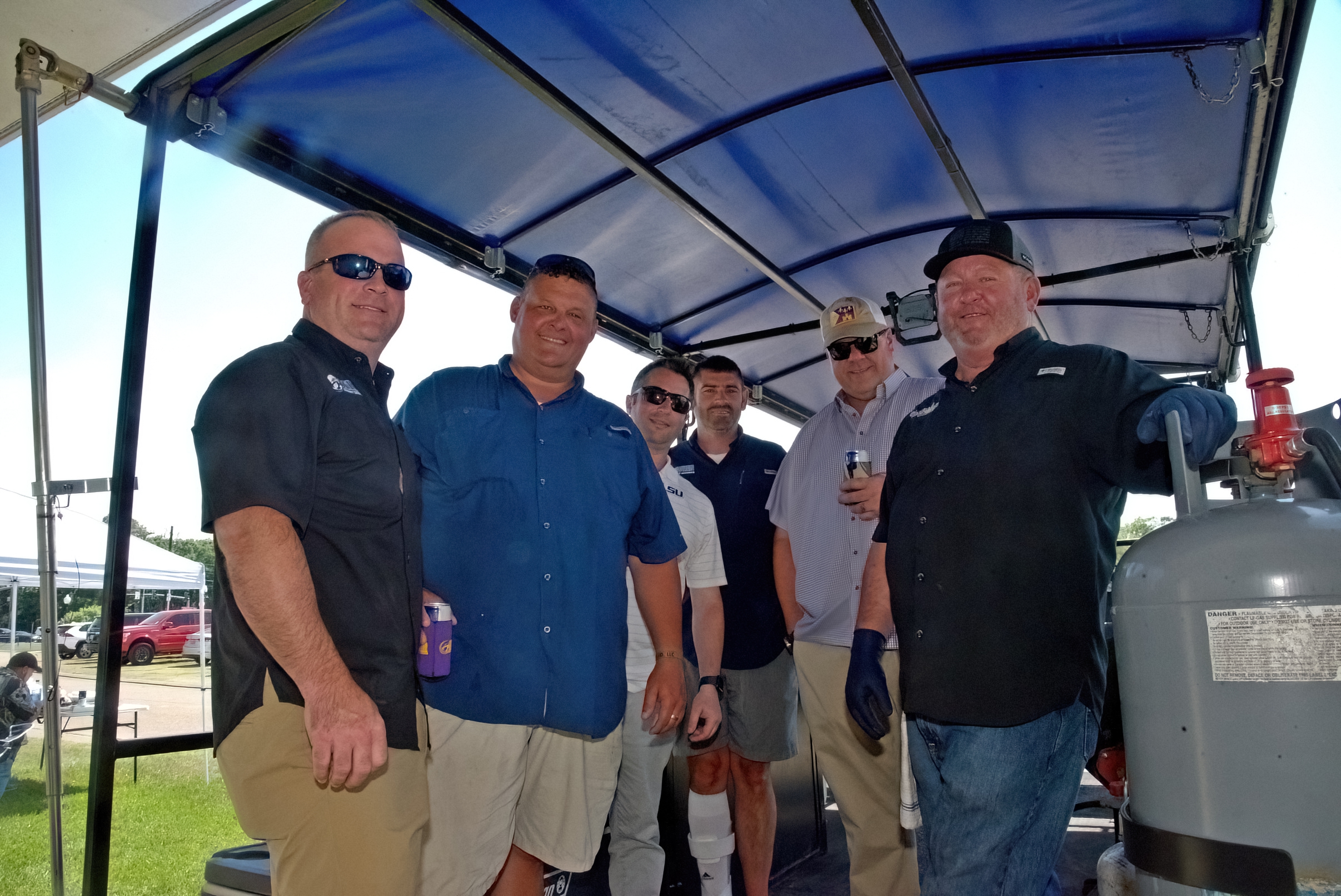 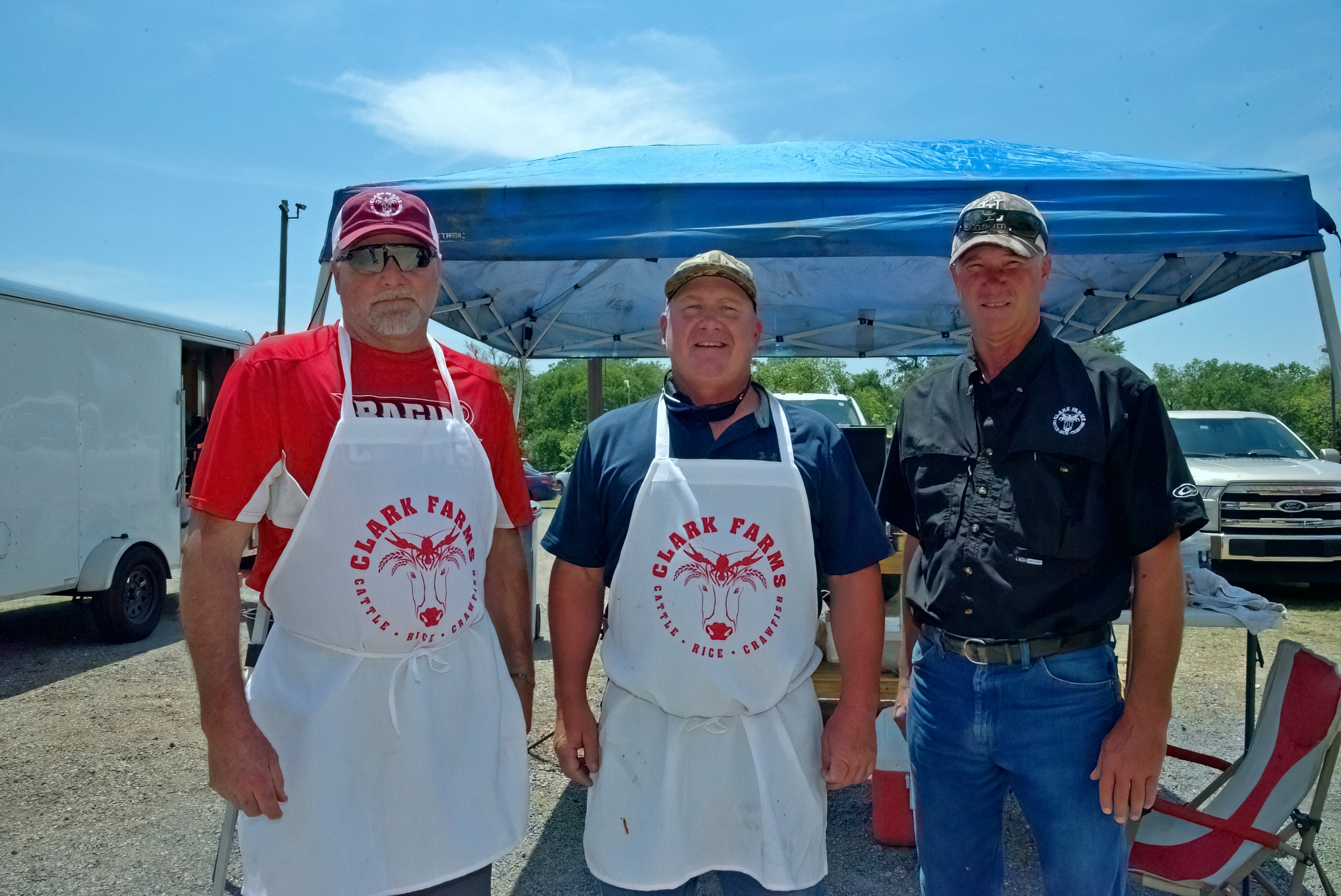 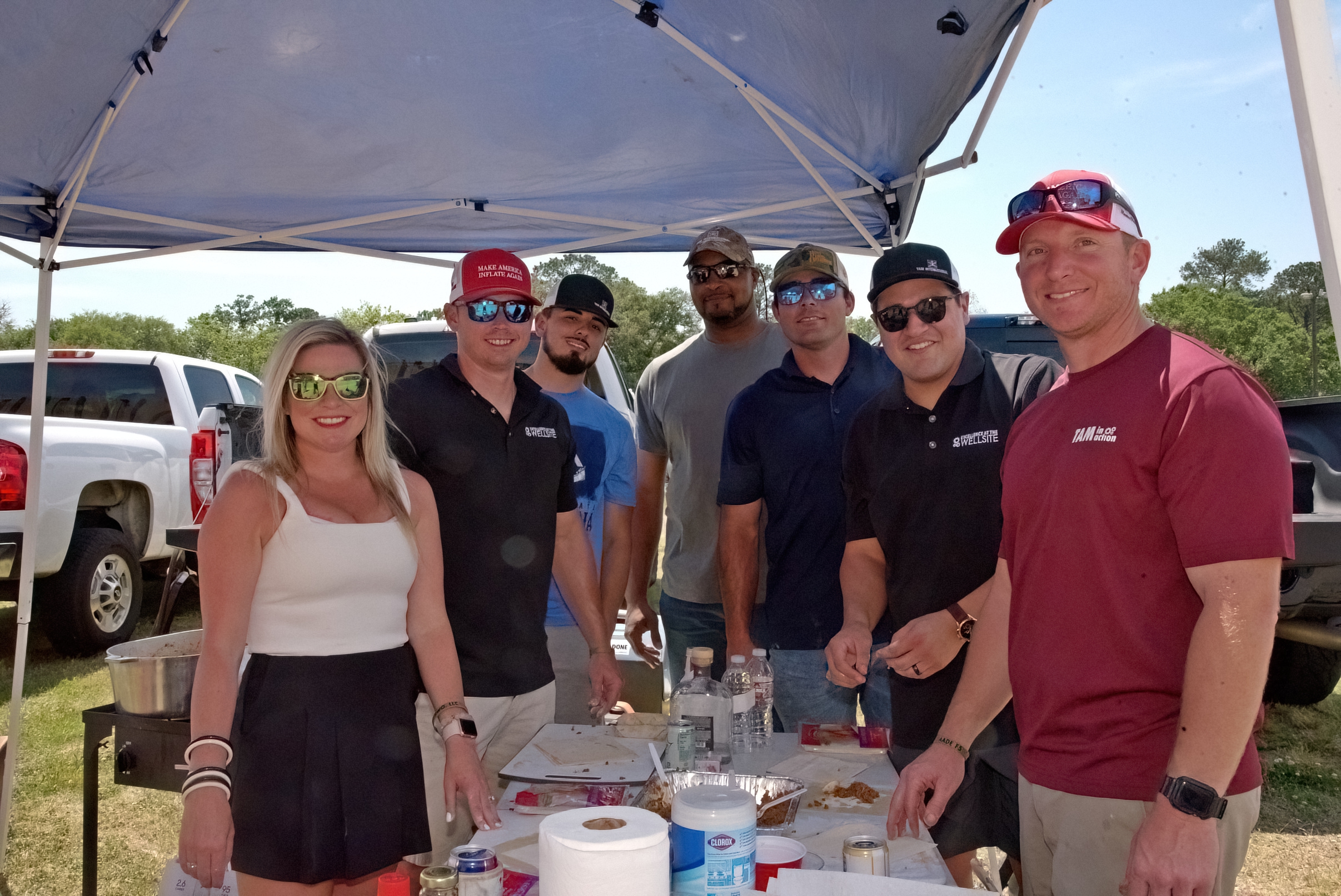 The F5 team got in touch with Kearney Gay, Team Gleason’s Director of Development, and a vision for the festival was born. The first step was seeking support and in-kind donations for their event. One major donation came in the form of a venue. Blackham Coliseum, home to the Louisiana Ragin’ Cajuns men’s basketball team, donated their arena to the Fin, Feather, Fur Food Festival.

When asked how seeing his network of colleagues from work, close friends, and family gather to support him, Dale started to tear up. “It wasn’t about me. It never was. It’s about Team Gleason. It’s about the ALS community.” And the ALS community showed up. Dale and Joe got to meet many others living with ALS and their caretakers. As they mingled, Joe and Dale made sure to shake every single person’s hand.

The first annual Fin, Feather, Fur Food Festival was a major success. Along with the nearly 50 teams competing in the cooking competition, there were also many desirable prizes to be won during a raffle and an auction. All together, the festival beat everyone’s original expectations, raising a total of $168,000 for the ALS community.  “I was proud, and happy, but mostly, I was humbled,” Dale says of their success. 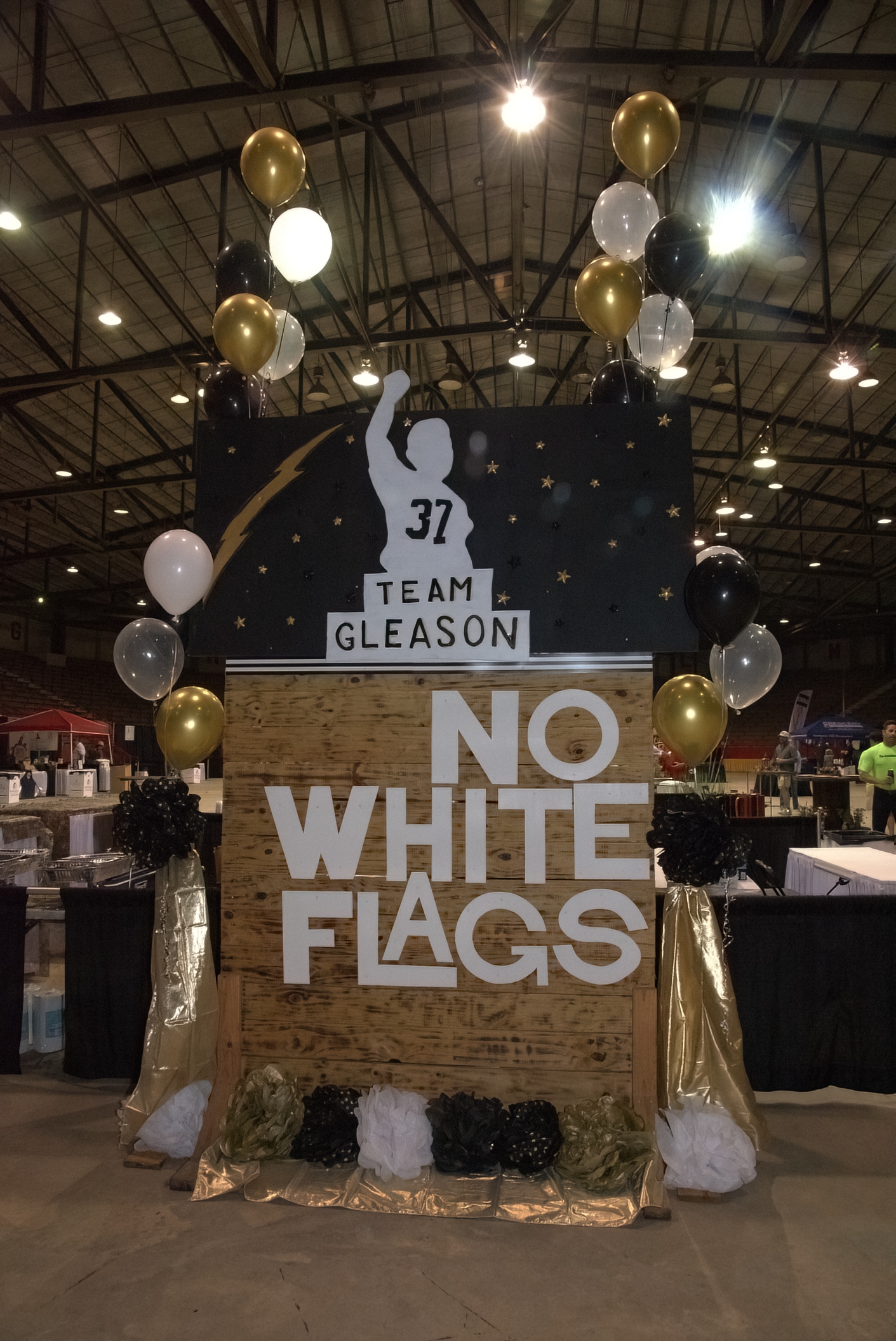 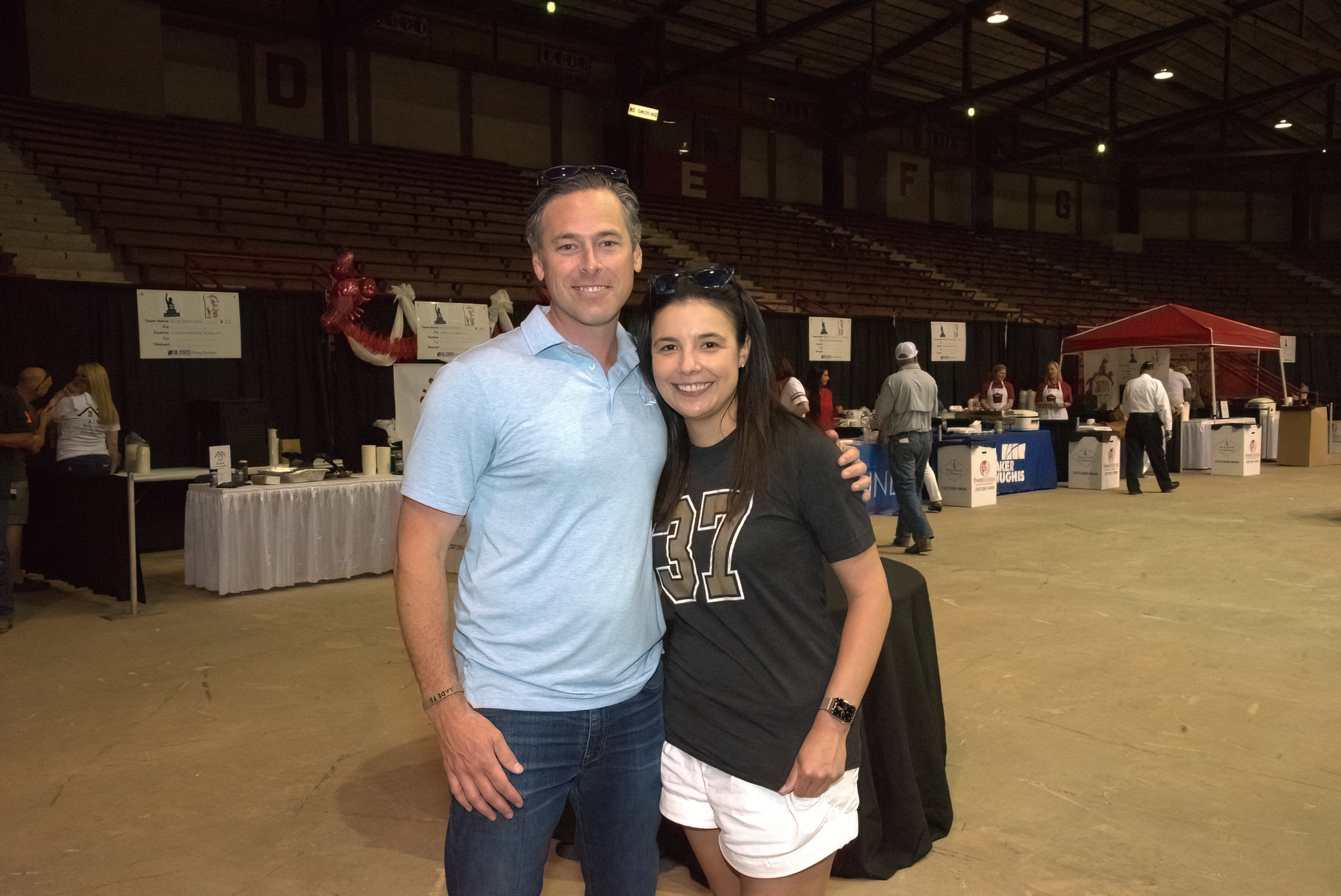 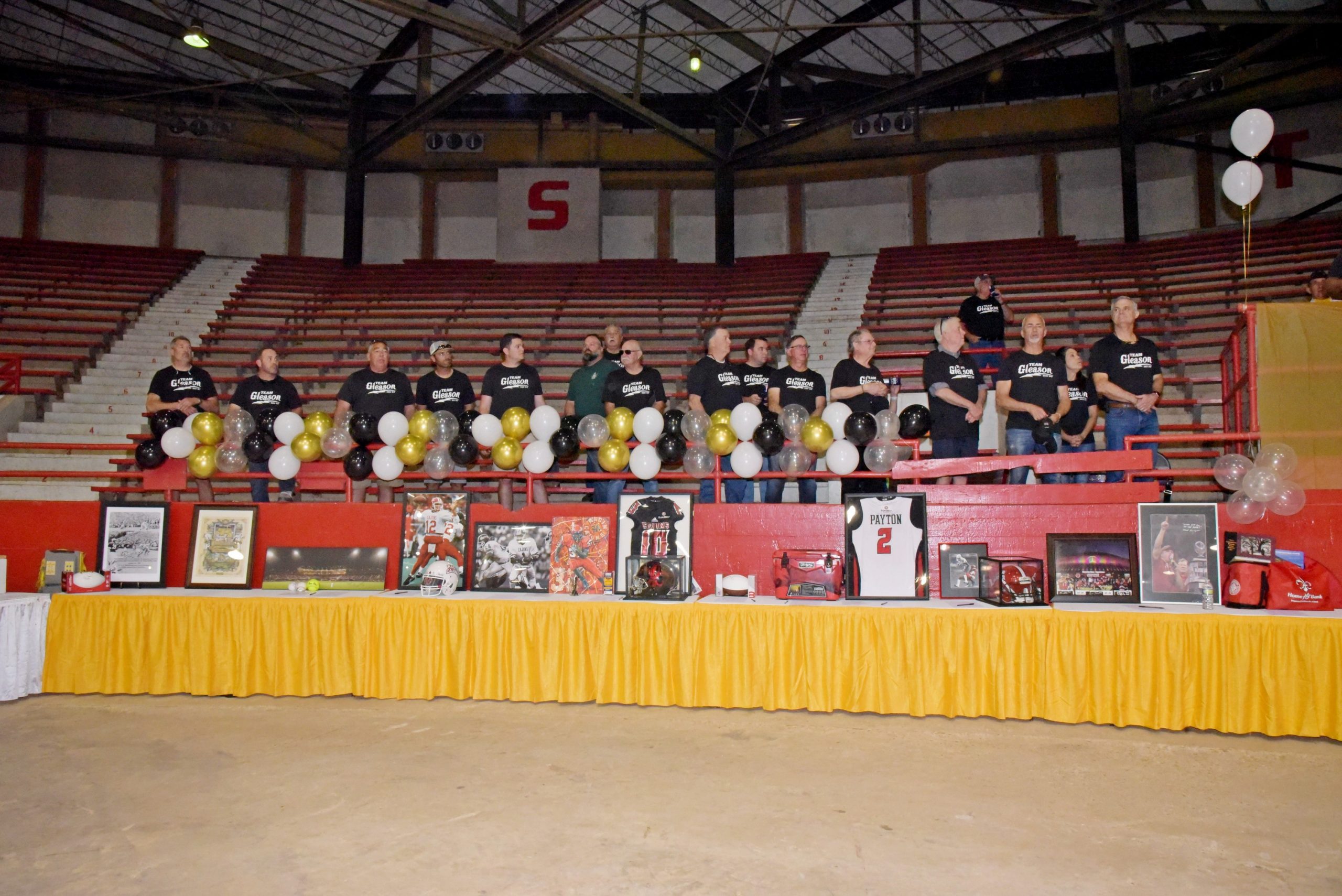 The F5 Festival is already planning to come back biggers and better for their second year. Next year, they hope to expand outside of their existing network of the oil industry, and reach more people. “We’d love to see more teams competing, and we hope to partner with those in other industries to increase our reach.”

Here are the winners of the 1st annual Fin, Feather, Fur Food Festival: 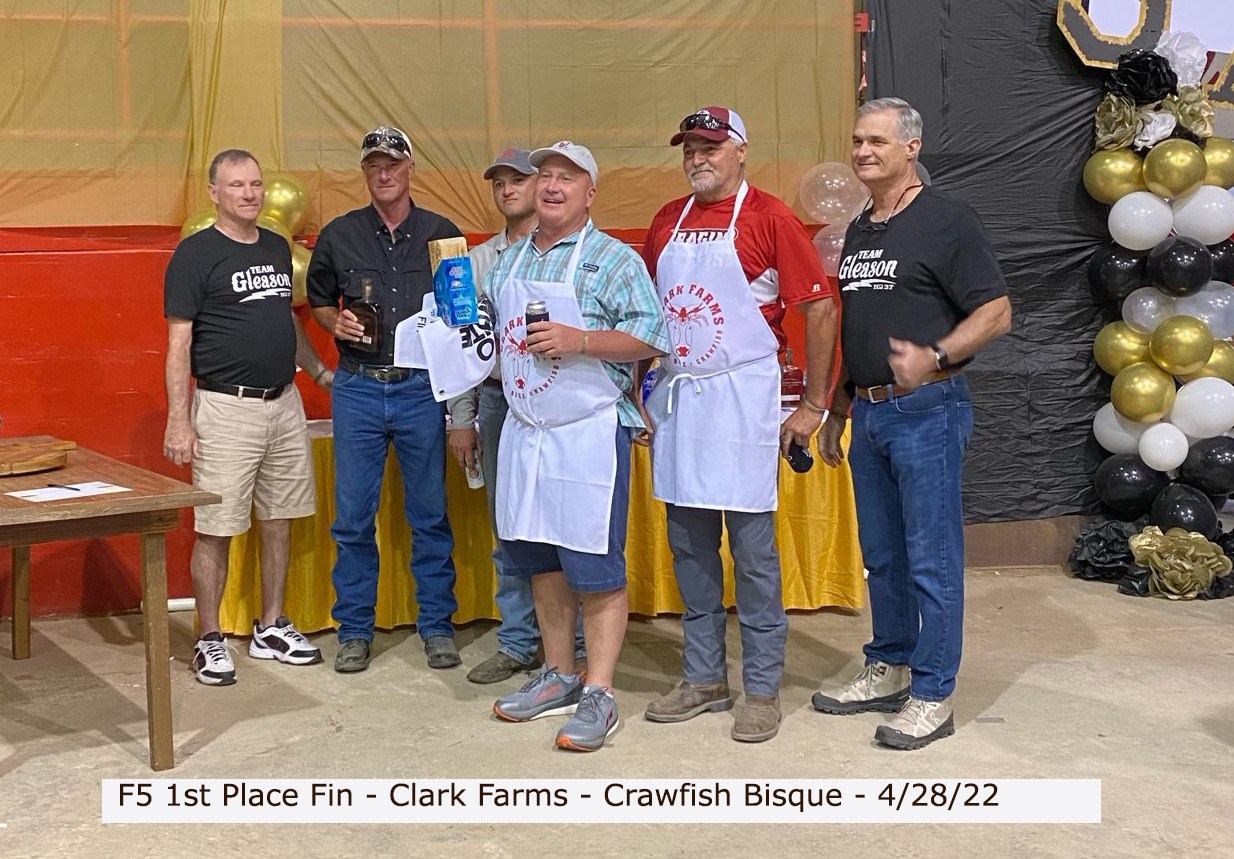 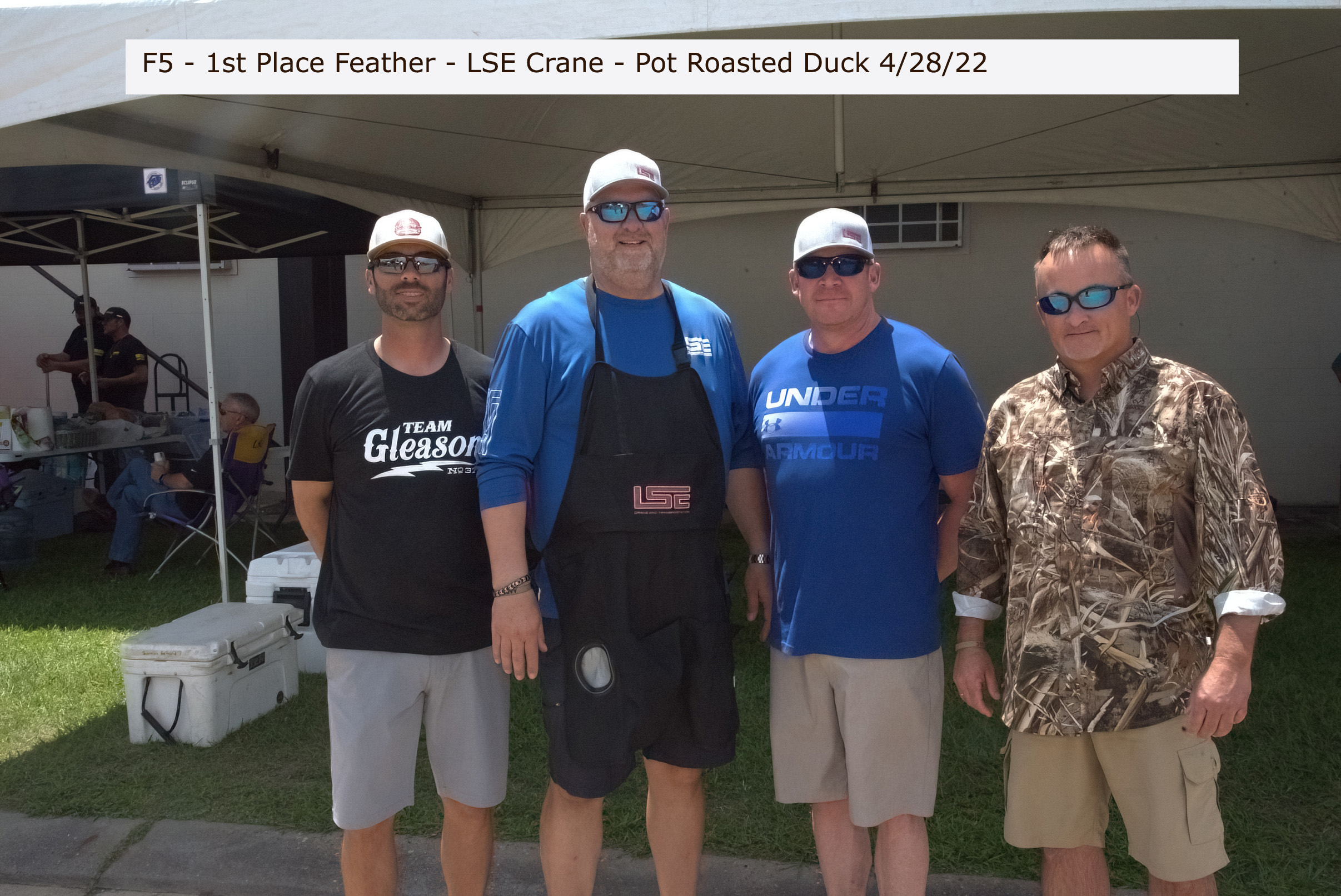 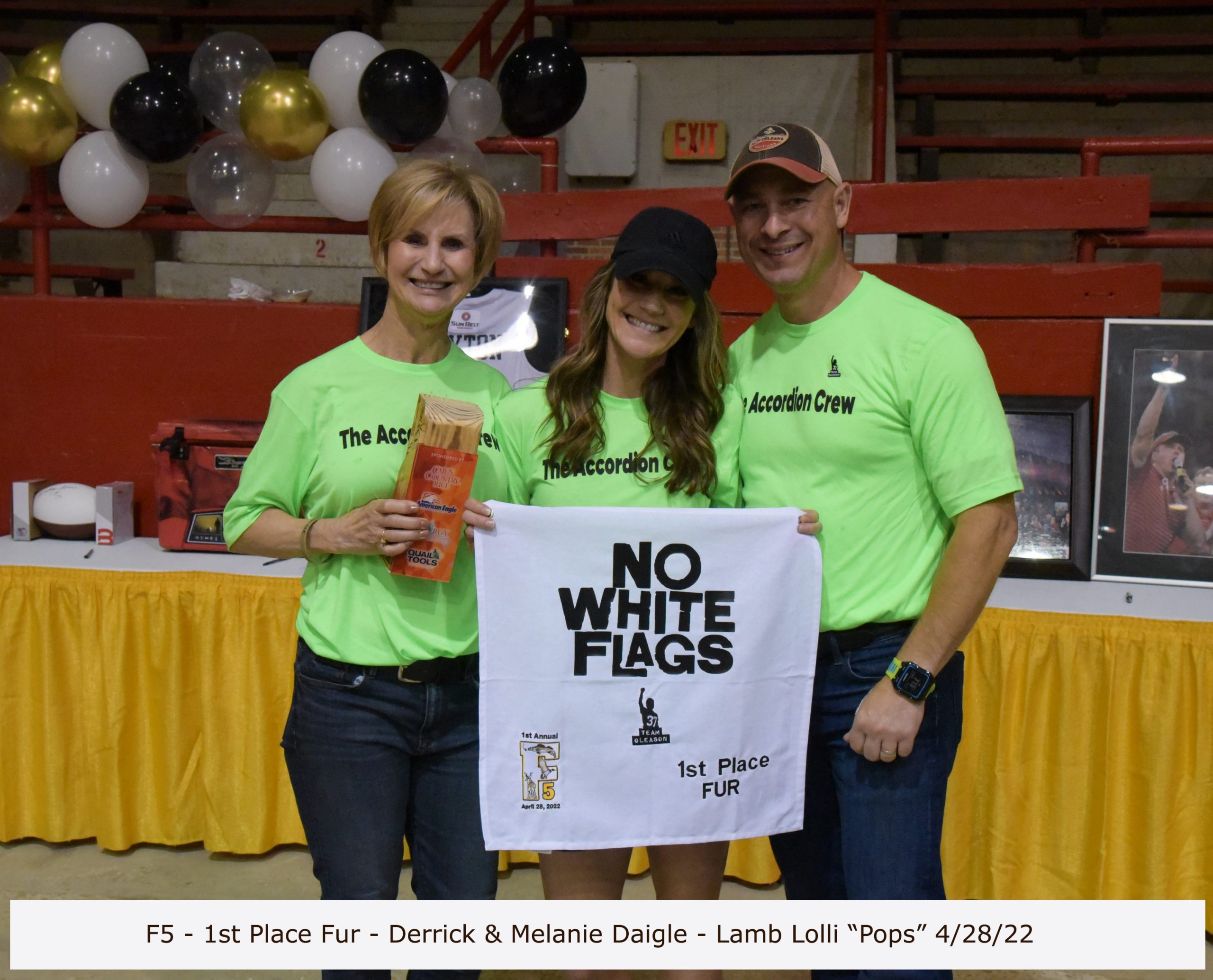 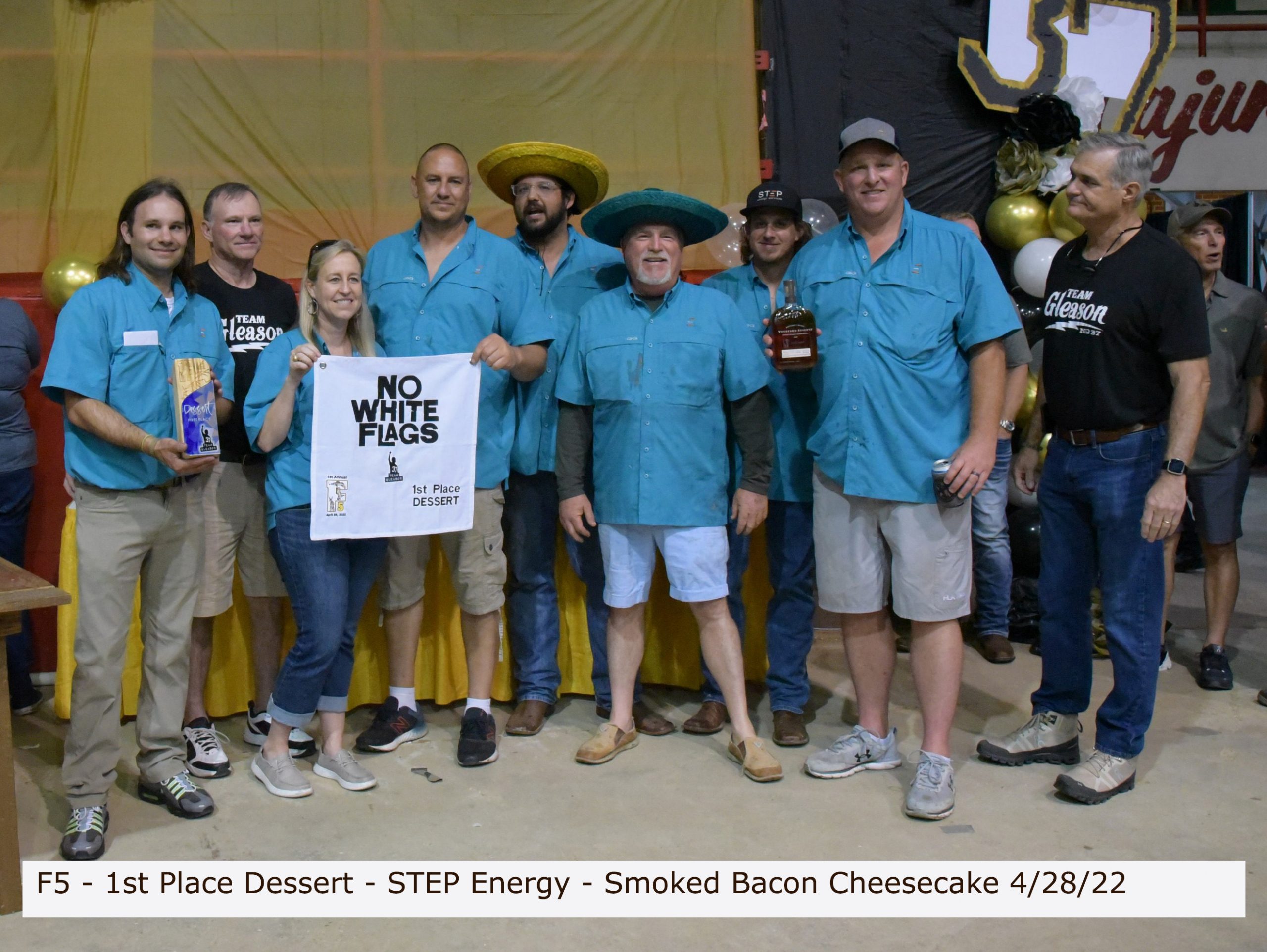 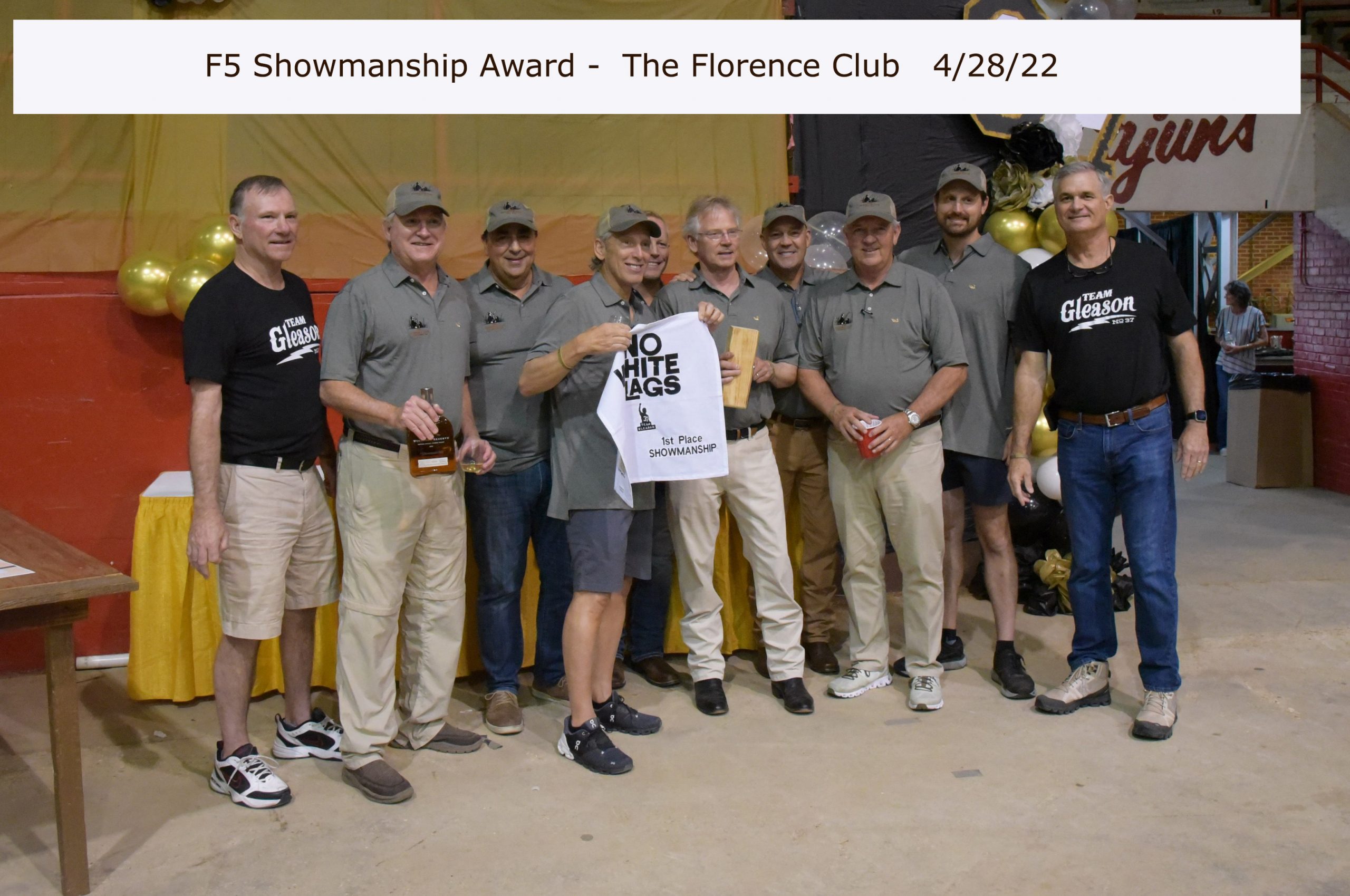