St. Margaret’s Skilled Nursing Residence, a 501c3, has been providing healthcare services to the poor in New Orleans since 1931.  Prior to Hurricane Katrina, St. Margaret’s primary facility was located in the Lower Ninth Ward. After the devastation from Hurricane Katrina left the original facility in ruins, St. Margaret’s purchased and renovated the inner-city Bywater Hospital for $13.2 million. The 43,000 sf facility currently serves as a temporary 112-bed skilled nursing facility with historical occupancy rates between 95% to 100%.

Development of the permanent facility for St. Margaret’s Daughters Home began in 2010 with the acquisition of the abandoned Lindy Boggs Hospital located in the Mid-City neighborhood of New Orleans.  The old hospital is currently being renovated into a 116-bed skilled nursing facility and is expected to be complete in January 2013.

Steve Gleason, former New Orleans Saints’ standout who was diagnosed with ALS in 2011, has partnered with St. Margaret’s to create and raise capital for the country’s second ALS skilled care residence as part of the $25 million nursing facility under construction at the former Lindy Boggs Hospital in New Orleans.  Team Gleason approached the healthcare operator with a vision to outfit an 18-resident household with specialized technologies to foster maximum independence for those suffering from this incurable disease.

“Team Gleason’s mission is to provide individuals with muscular diseases such as ALS with state of the art technology, equipment and services. This facility will not only provide them with this technology to give the residents an opportunity to live as independently as possible but this will give the residents purpose and added value to their lives .” says Gleason.

Together, Team Gleason and St. Margret’s are in the early stages of a capital campaign. The initial goal of $750,000 is for phase one of the ALS residence. At the United Nations Social Innovation Summit in New York, Gleason received a $25,000 Chase Community Giving Award to pursue his efforts.  “Generous donations and partnerships like these are integral to the success of this project,” says St. Margaret’s CEO Larry Stansberry.  “With the needed funds, Steve’s vision becomes a reality, and St. Margaret’s fulfills its mission to provide exceptional care in a homelike atmosphere.”

St. Margaret’s is the first household-designed nursing home in New Orleans and the second nationally with an ALS household, preceded only by The Leonard Florence Center outside Boston.  The 120,000 square-foot facility will follow the household concept being adopted by nursing homes across the country.  In an effort to move away from the institutional design of older nursing homes, a cluster of 8 to 10 residents make up one of two “households” of a “neighborhood.” Each household will have its own hearth room, and each neighborhood will have its own kitchen, dining room, and activity room.

Construction is scheduled to finish at the end of 2012, and Team Gleason and St. Margaret’s are working quickly with The McDonnel Group to incorporate as much of the technology and design as possible into the construction schedule. “Until there is a Cure for ALS, technology is the Cure.” says Gleason.

Partnering with Team Gleason, St. Margaret’s has dedicated the first floor of the new facility as an ALS-MS specialty care neighborhood.  The ALS-MS unit will include:

The ALS-MS neighborhood at St. Margaret’s will be the second of it’s kind in the country. St. Margaret’s hope is to continue expanding its ability to provide high health care services to the elderly, poor and frail and work towards creating high quality skilled nursing residences in the future. 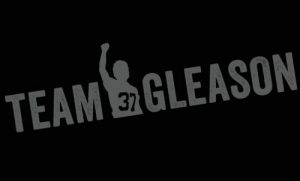