Every day in the life of living with ALS and caring for someone with ALS can be an adventure. This one happened to involve a road trip from Los Angeles to the Bay area and it would involve a once in a lifetime basketball game. There were not many items on my bucket list, but ever since I was young, I always wanted to sit courtside for an NBA game. With Team Gleason’s help, we are now headed to watch the Miami Heat take on the Golden State Warriors.
Packed and ready 2 days before trip, check.

Excited for an adventure of a life time, check. 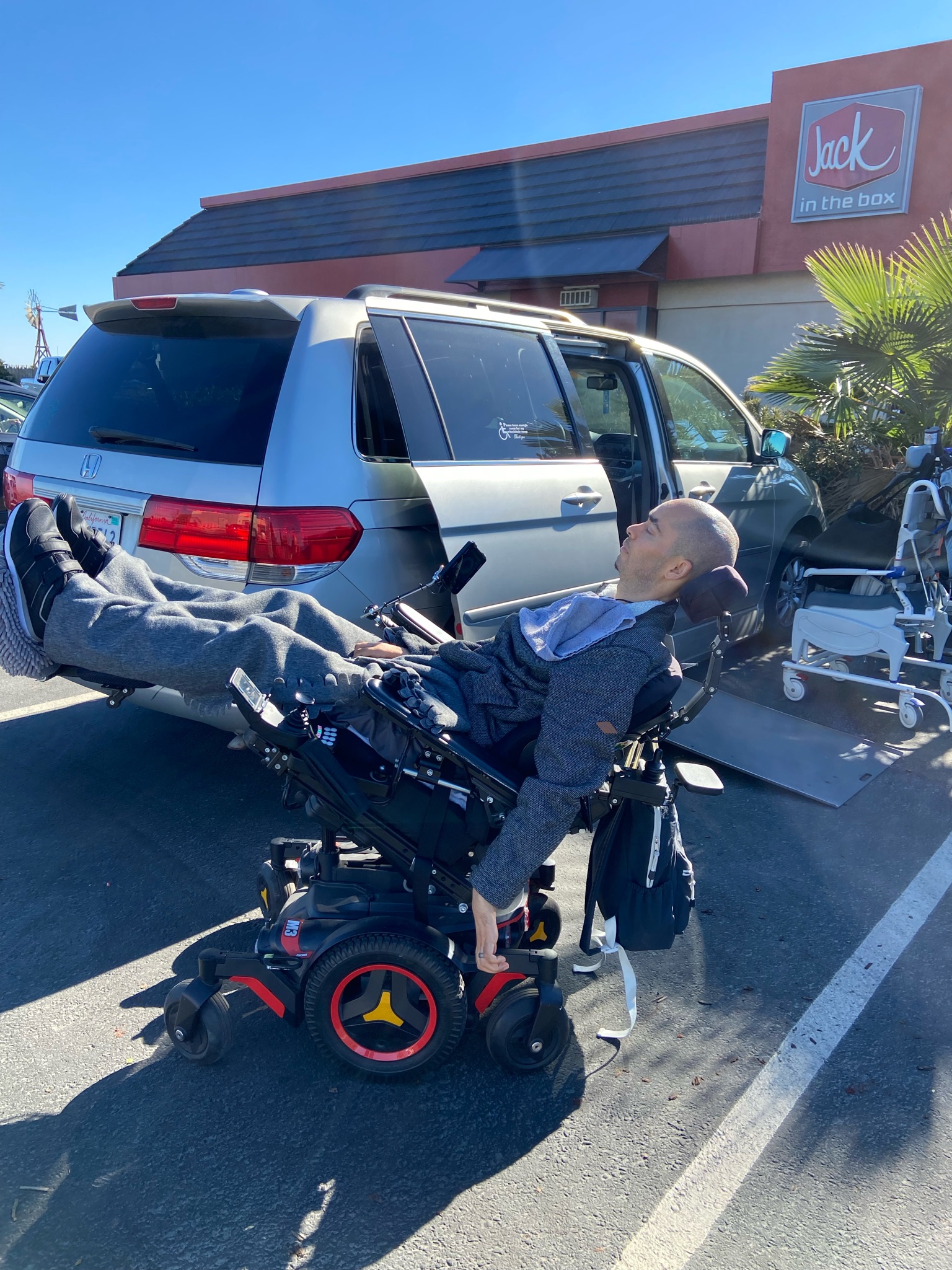 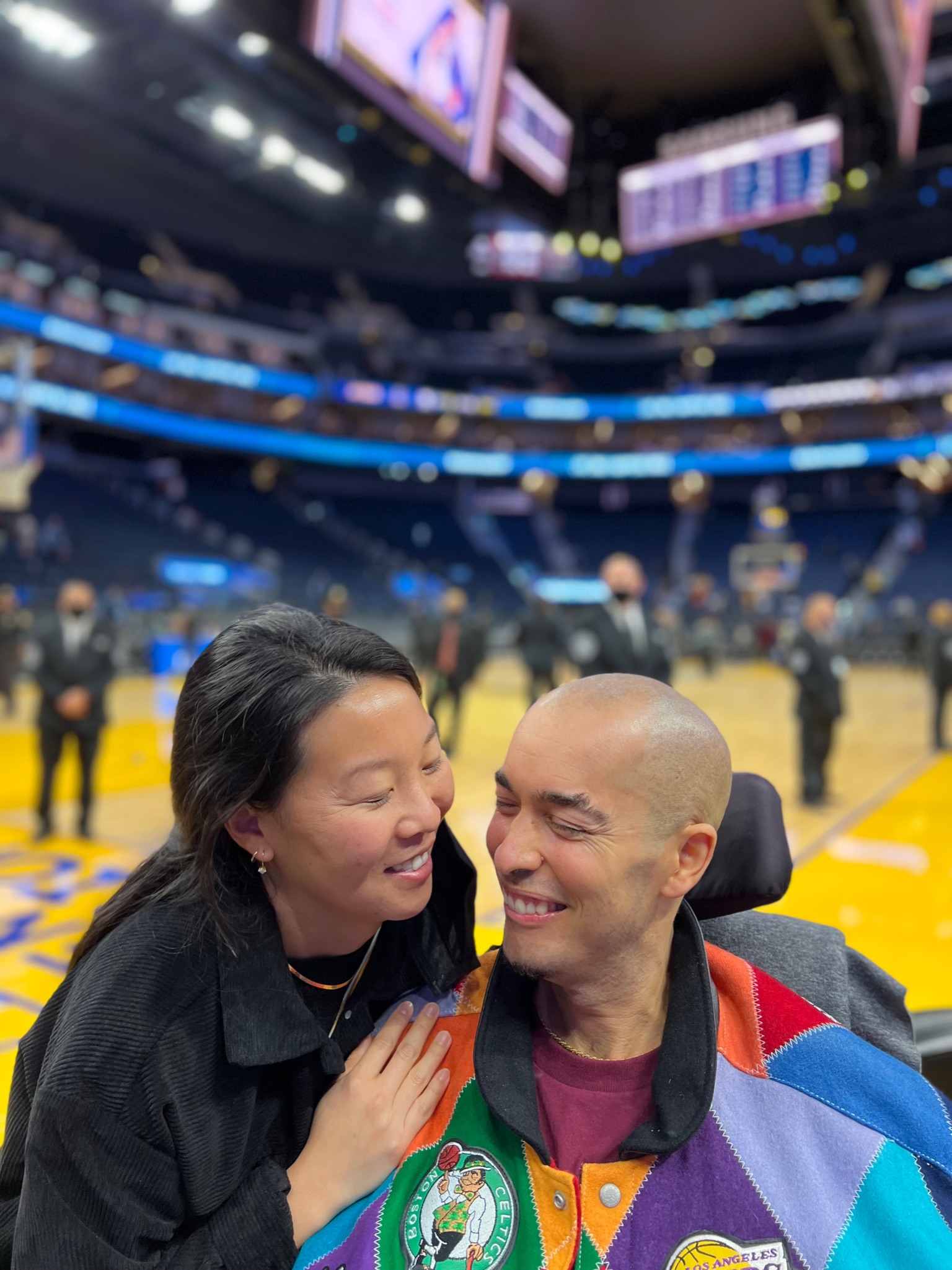 The road trip began with so much excitement, music, and caffeine which eventually all wore off as the infamous California traffic decided to make an appearance. After a few hours of driving, a pit stop to stretch seemed to be a much needed necessity. Soaking up the ever so gentle rays of sunshine had never felt so good. The much needed stop to re-energize ourselves came to an end and we were on the road once again. This last leg of the road trip was dedicated to podcasts with a hint of carpool karaoke by my fiance Taylor.

As we neared closer to San Francisco, a sensation of making it easily to our destination swept over us both. As we embark across the Bay Bridge, we were taken back by the city skyline jumping out at us as it lit up the night sky. Not many cities posses a view surrounded by such natural beauty of mountains and the ocean, while intertwining itself atop the famously steep hills.

Game day has arrived and the arena opens it’s doors 90 minutes prior to tip off. We elected to arrive as early as possible to take in every moment on this rare occasion. After parking, it was only a few short steps until displaying our mobile tickets to the staff and boarding the elevator to court level. We rounded the corner and entered the narrow, dark, curtain lined tunnel to the court. Once you exit the the tunnel, your attention is immediately captured by the radiant Jumbotron TV screen and the sheer size of the arena. For that very moment, it felt as if I were a player running out onto the court. We traversed the full length of the court to the corner where we find our seats. By arriving so early, we were gifted the absolute pleasure of watching one of the top players warm up before the game. This happened to be Stephen Curry of the Golden State Warriors. There are not too many moments in life where you continuously have to remind yourself that you are not dreaming, and this moment was one of them. 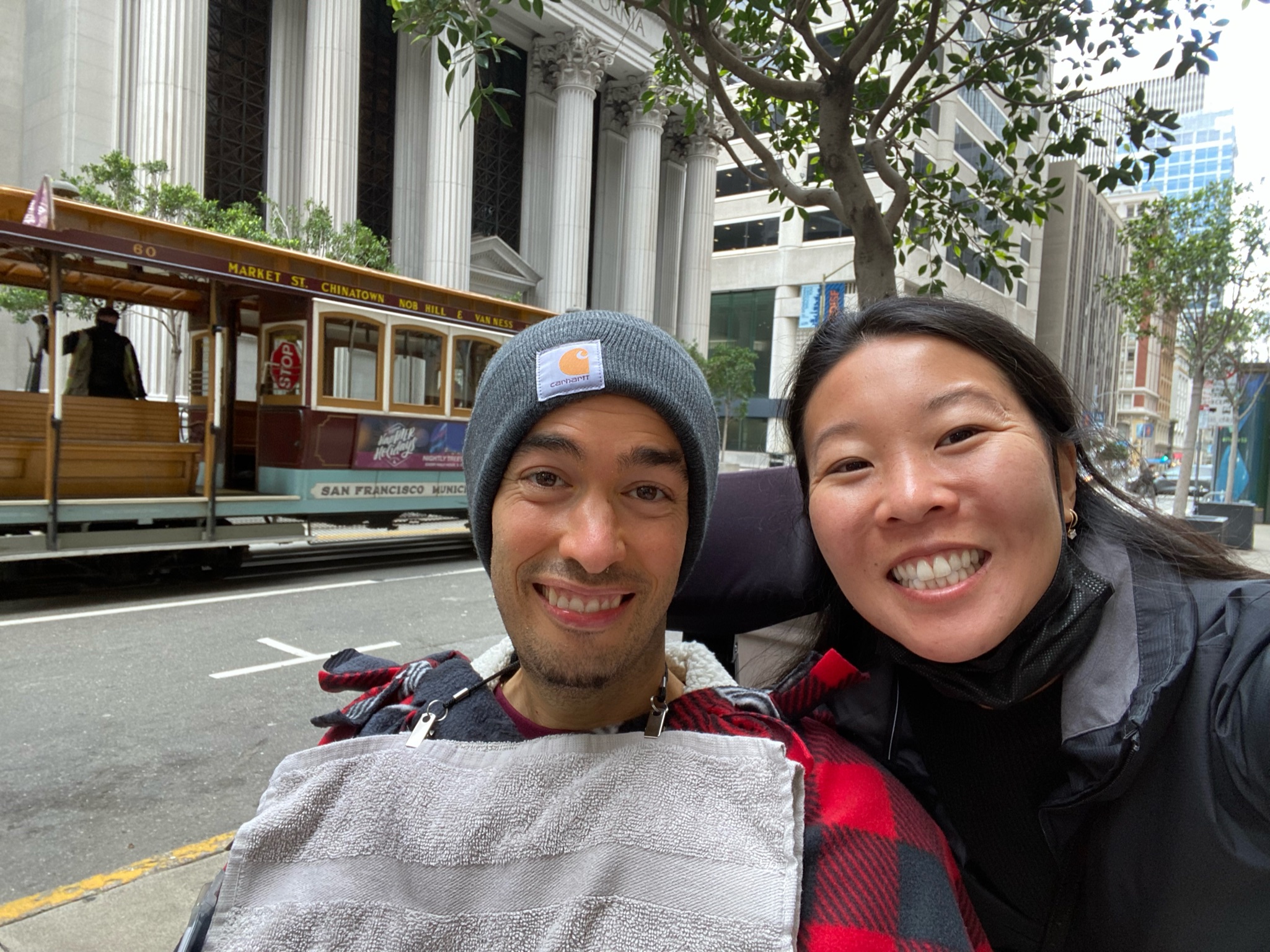 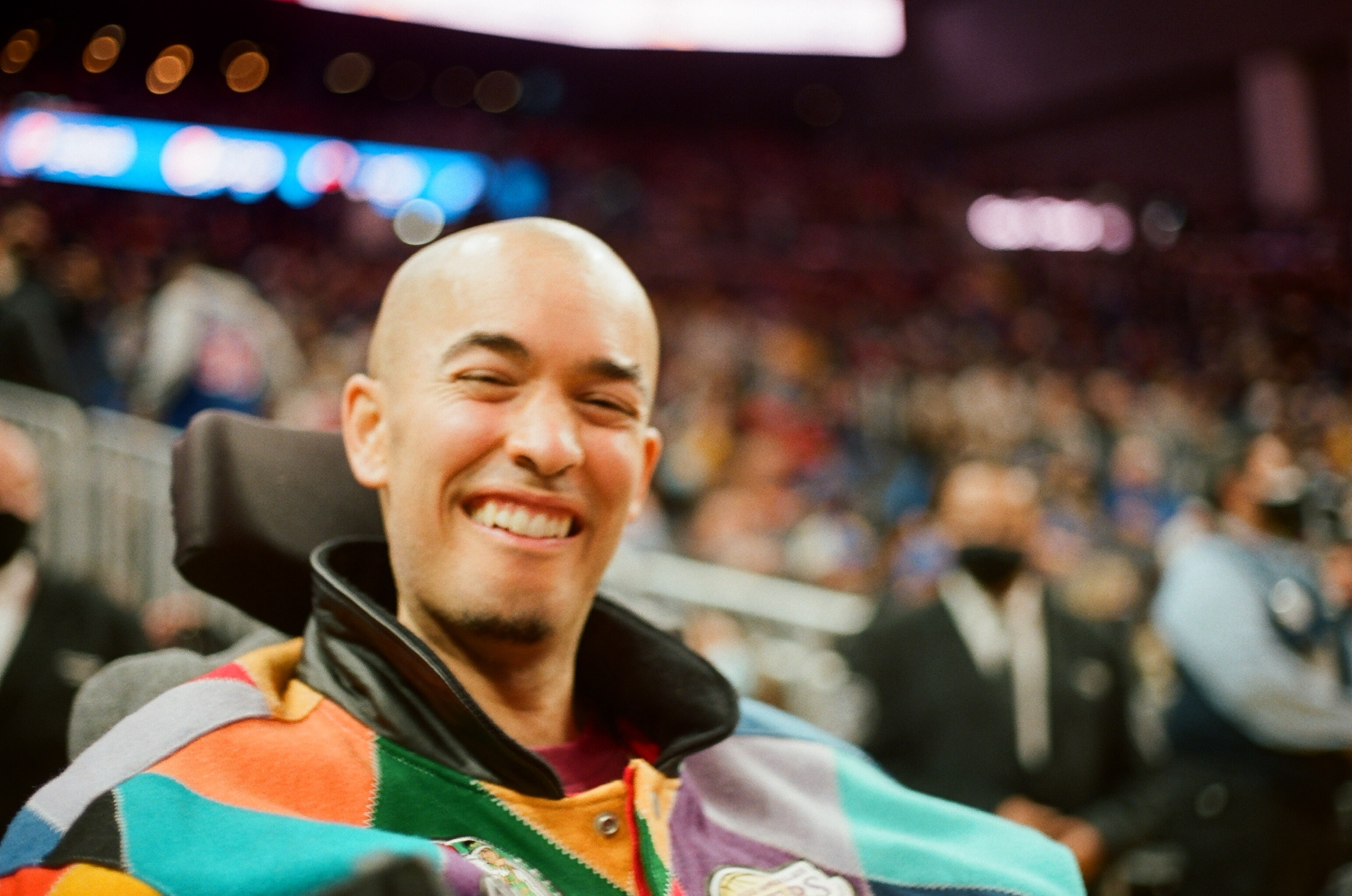 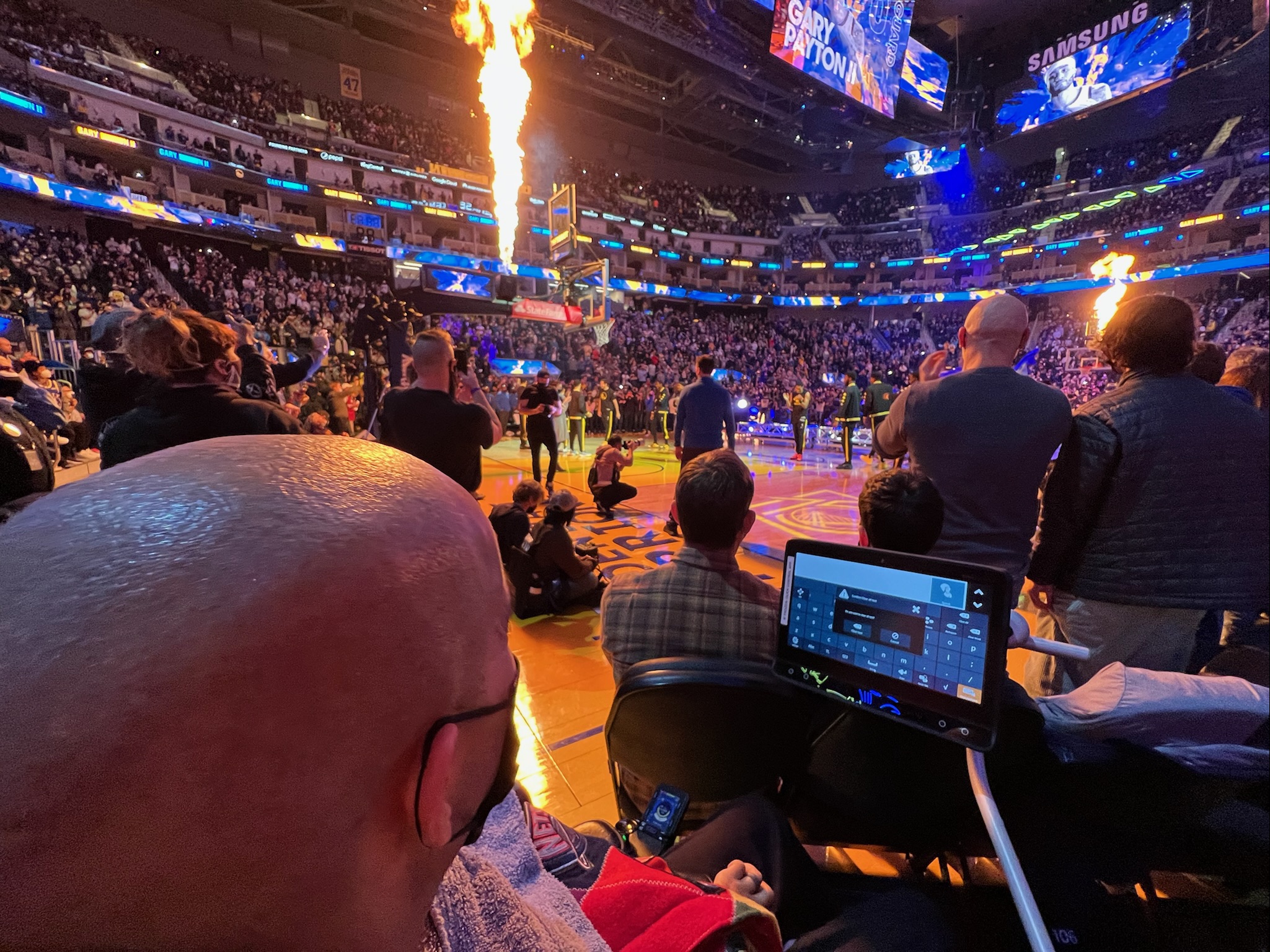 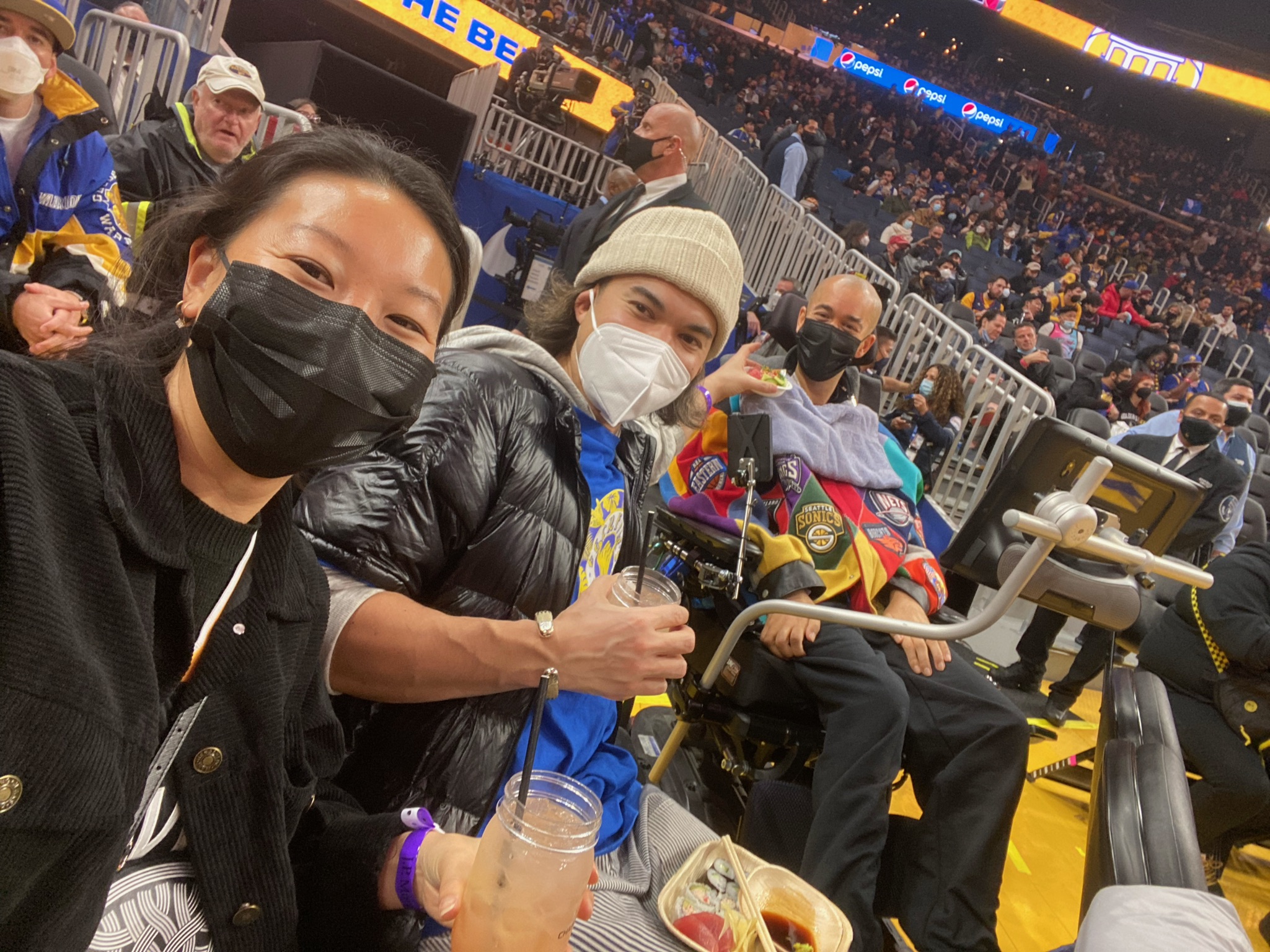 The game started and it was non stop excitement the entire time. Sitting this close allowed us to hear the squeaking sounds of the players running up and down the hardwood. The sweat dripping from the players and the constant chatter between everyone on the court. It was a game which had high energy and lots of scoring. Sprinkle in a couple Sportscenter Top 10 plays and you never want the night to end. Being such a fan of basketball, I truly believe this experience would make anyone become a fan and see why I have a love for the game.

I can’t thank Team Gleason enough for providing me the opportunity to experience this moment. I also must thank the staff at the Chase Center arena, they made this such a smooth experience in so many ways. They were very understanding and accommodating to my wheelchair needs and would speak directly to me and not making me feel invisible.

Special thanks to:
Golden State Warriors